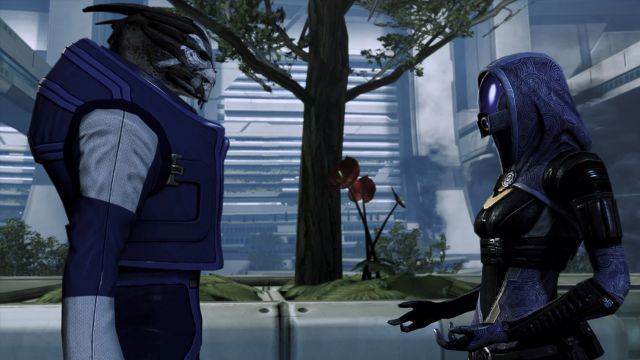 Mass Effect Legendary Edition: BioWare has changed the species of a minor character that was human in the original; he now appears as a turian.Mass Effect Legendary Edition is not a remake, but BioWare has taken the opportunity not only to give the video game a good graphic facelift, but also to introduce playable improvements and even correct errors that had remained since its launch. One of these changes has to do with a character that appears in the first title of the saga, who in the original version was human. However, it was obvious that it was an inconsistency. We warn that from now on we are going to collect some data that could be considered spoilers for Mass Effect 1.

Elanos Haliat was a pirate who led the Terminus system. He appears on the planet Agebinoun while Shepard investigates a certain nuclear incident. The truth is that this character spoke disparagingly of the human race, something that is shocking considering that he himself wore a rather human body. In addition, he participated in an attack on the human colony of Elysium, a maneuver that appears several times referenced throughout the trilogy. Therefore, that Haliat is not an alien species does not make much sense.

From human to turian

Followers have theorized that this was a bug on BioWare’s part. Not surprisingly, his name even contains references to two types of Turian arms companies (Elanus Risk Control and Haliat Armory). In the dialogue with our character, he also names “the species of Shepard”; which suggests that he himself is not human. Be that as it may, Haliat is now a Turian.

Mass Effect Legendary Edition is available on PS4, Xbox One, and PC. The compilation is perfectly backward compatible with Xbox Series X, Xbox Series S and PS5, so it includes some improvements over previous generation consoles. On Microsoft’s most powerful console, for example, it hits 120 fps on compatible TVs.