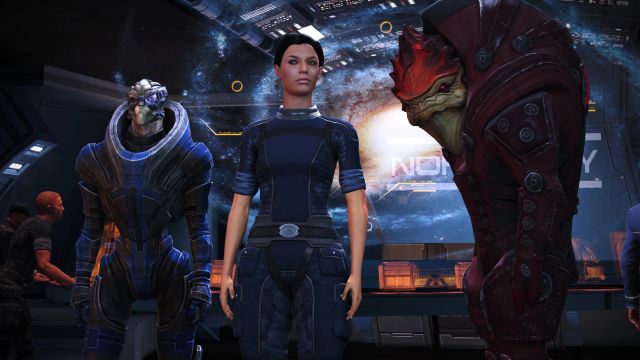 Mass Effect Legendary Edition: The BioWare compilation adds quality and performance improvements in its June patch, now available for download.Electronic Arts and BioWare have announced that Mass Effect Legendary Edition has been updated with the June patch. Since yesterday, the 7th, all players have the option to download it, so the compilation will be reinforced with quality and performance improvements in all titles and content, as reported by the Canadian developer on its website.

The video game, available on PS4, PS5, Xbox One, Xbox Series X, Xbox Series S and PC, includes changes like the ones we expose below:

English dialogues can now be selected independently of the subtitle language.
Issues with unlocking achievements / trophies, such as Lover’s or Kill count records, have been resolved.
Fixed previously rendered scenes that were darker than expected after the previous update.
Wireless headsets and devices no longer cause issues with the Xbox launcher.
Performance has been improved on PCs with various hardware configurations, included in Virmire.
Fixed an issue on PC that caused non-standard characters in the operating system username to prevent the game from launching
The dependency on the AVX instruction set has been removed from the launcher.
Other minor fixes and calibrations, including some game crashes.

The intensity of the mist on Illium has been lowered.
Fixed an issue where a character’s eyes at the end of the Overlord DLC were unintentionally red.
The maximum credits that can be carried from Mass Effect to Mass Effect 2 have been reduced to 100,000 for a more balanced progression early in the game.
The maximum credits that can be carried over now match the original release.
Posthumous bank fees are very high! It’s a great way to avoid taxes.

Teen Wolf: Tyler Posey Tells What He Expects From The Series...