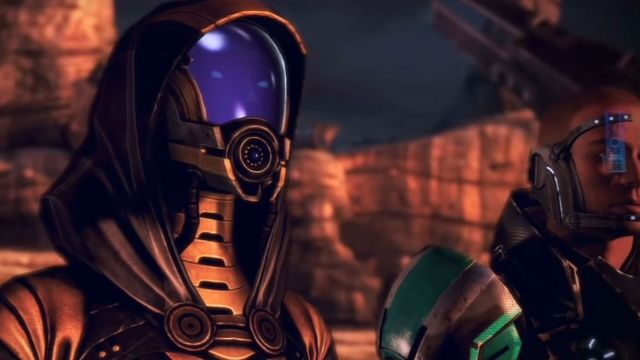 Mass Effect Legendary Edition: This is another of the changes that BioWare has implemented in the remastering, which includes graphical and playable improvements.Shepard’s path soon intersects with that of Tali’Zorah, a young Quarian who is on a pilgrimage, a tradition by which they leave the flotilla to demonstrate the usefulness of it to the rest of their fellows. Unfortunately for them, her immune system has been seriously compromised, so they must wear a helmet to avoid the risk of illness. Therefore, the real face of the character is not shown, except on one occasion. In Mass Effect Legendary Edition, the remastered version, BioWare has modified Tali’s face.

To see what the quarian looks like, you need to have a romance with her in Mass Effect 3. Shepard will then save a photo of him in her cabin, which finally reveals Tali’s face. When designing her look, the Canadian studio relied on a stock photo of a model, something that angered some fans. Now, BioWare has replaced it with a model designed directly by them, as shown in the image and video uploaded by Maxgoods on Reddit, which you can see just below these lines.

No native version for the new generation

Mass Effect Legendary Edition is available now on PS4, Xbox One, and PC. It also works (with improvements) on Xbox Series X, Xbox Series S and PS5, although it is a backward compatible version, so it has not been developed natively for new generation machines. It should be noted that despite the changes at the audiovisual and playable level, the compilation moves in the field of remastering and not remake, as BioWare has pointed out on several occasions.

The galactic trilogy makes us live the story of Shepard, a human who will become the hope of the galaxy. Aboard the Normandy, he will join various allies to combat the threats that have already begun to surface.