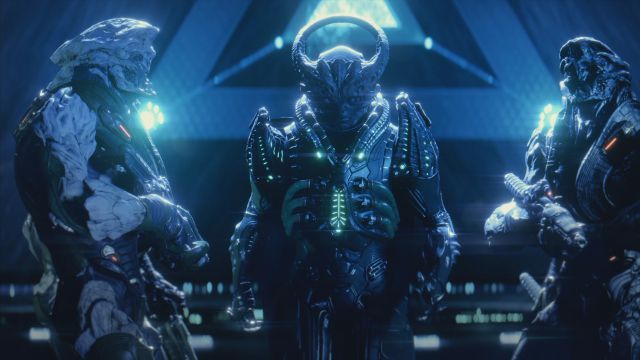 The ambitious BioWare title suffered from development problems and they had to abandon some initial concepts.

After the original trilogy, which will come to life thanks to Mass Effect Legendary Edition, a remastering (not remake) of the three titles, BioWare considered expanding the universe. However, the plans did not turn out as they were on paper. In addition to eliminating the prototype of space exploration that they had designed, they could not add any more unpublished alien races that they had outlined. In an interview with The Gamer, former BioWare writer Neil Pollner has acknowledged that they ran out of budget.

“I think it was a project that did not have the possibility of living up to expectations, not only because of the bar that the original trilogy left, but also because of the logical expectations that generated that Mass Effect would move to a new galaxy.” The developer highlights that because the first title in the saga was already rich in content, players expected a massive adventure full of things to do, that is, “new species, new lore and an entire galaxy at your fingertips. ”.

However, from said to fact there is a stretch. “They only gave us a budget for two new species, in addition to the Remmant. Not to mention that we couldn’t include every species in the Milky Way. We weren’t going to be able to travel across the entire galaxy either, which meant we had to develop a story “with certain limitations. Pollner admits that the endgame felt and was smaller than everything else. “Almost everyone who played it probably discovered that something they liked about Mass Effect wasn’t there.”

In a title like Mass Effect Andromeda, in which you manage an explorer, users “should have had a challenging and dynamic first contact”, but instead “almost immediately killed kett”, so Pollner considers that the foundations of the product were not holding properly.

Dorian Kieken, also at BioWare in those days, has mentioned that the new races had to work so that fans could cosplay. “That’s why the craziest designs were probably abandoned.”

Hitman 3 reduces the weight of the trilogy on our discs