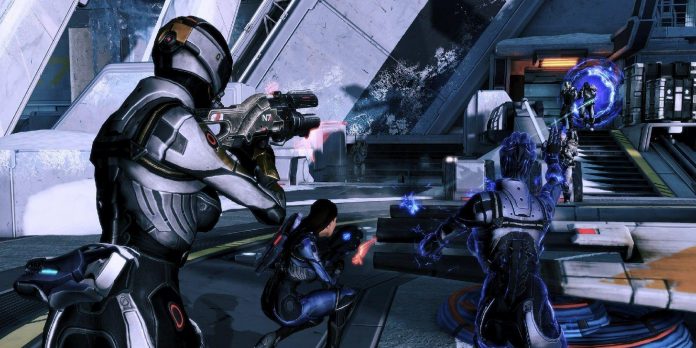 BioWare raised fan hopes when it confirmed in late 2020 that another installment in the hugely popular Mass Effect series was on its way. Some players had worried that after the more lukewarm reception that the previous installment Mass Effect: Andromeda had received, the future of the franchise was a little in doubt. But thankfully the series seems to be moving forward, and while a lot of elements of Mass Effect 4 are still unknown, it’s guaranteed that the next game will be bringing a lot of changes to the Mass Effect formula.

Through the announcement trailer and a few teased images, it seems like Mass Effect 4 is going to maintain links with the original trilogy as well as Mass Effect: Andromeda. It may be that this is more true in the case of the trilogy than the fourth mainline installment, but even if elements of the previous games will be making an appearance, there’s no doubt that players will find a changed Milky Way. This could affect so many aspects, from character fates to settings, but it will also have consequences for classes.

RELATED: Guardians of the Galaxy’s Loss is Mass Effect’s Gain

Although it hasn’t yet been completely confirmed, many fans have theorized that Mass Effect 4 will be taking place after a significant time jump from Mass Effect 3. BioWare has said that the inclusion of the Andromeda Galaxy in promotional material was very deliberate, indicating that Mass Effect: Andromeda will feature in some way. The presence of Liara in the trailer seems to suggest that the game will either exclusively or mainly be taking place in the Milky Way, so the most likely way to include Mass Effect: Andromeda is to have some Angara travel across to the Milky Way.

It’s therefore likely that the next game could be taking place hundreds of years after Shepard defeated the Reapers. There are other implications to returning to a post-Reaper galaxy. The ‘Destroy’ ending for Mass Effect 3 has been strongly suggested as the canon choice, which means that potentially the Mass Relay network has been destroyed, along with any artificial intelligence like EDI and the Geth. This obviously has huge narrative consequences, and it will be interesting for players to jump back into a very divided and ravaged Milky Way. It also has implications for classes like the tech-focused Engineers, Infiltrators, and Sentinels.

Tech classes revolved around skills like hacking and reverse engineering various technologies, including weapons, armor systems, and sentient machine enemies like the Geth. The original Mass Effect trilogy had the same spread of classes, with players able to choose the purely tech-focused Engineer, the combat and tech-savvy Infiltrator, or the tech expert with biotic abilities called the Sentinel. This underwent a massive change when Mass Effect: Andromeda came along, as the fourth main installment did away with classes altogether and introduced a system with dynamic and flexible profiles instead that players could change at the drop of a hat.

Despite the changes in Mass Effect: Andromeda, many of the new profiles still corresponded with the classic six classes, and tech-based moves like Defense Drone, Overload, and Sheild Boost made an appearance. Tech skills can be incredibly useful and can be used to bolster team defenses and add support elements like drones to take on enemies. However, many of the abilities aren’t as flashy or seemingly destructive as biotic skills, and they aren’t as reliably straightforward and universal as purely combat powers. As fan-favorite characters like Tali, Legion, and Garrus have tech skills, there’s also less of a need for Shepard to adopt them in order to have a balanced spread of powers on missions.

Potential For The Classes In Mass Effect 4

Mass Effect will hopefully be making a ton of different improvements, from smoother graphics to better gameplay, and classes (or profiles, if it follows in Mass Effect: Andromeda’s footsteps) are definitely an aspect that BioWare should look closely at. Despite its other faults, many thought that the combat and rejuvenated class system in Mass Effect: Andromeda was a much more fun and engaging approach to classes and abilities than its predecessors. Occasionally the Mass Effect trilogy could become more of a simple cover shooter, and the fluidity and choice on offer in the fourth installment meant that it rarely fell into this same trap.

Apart from improvements and tweaks to how the class system could operate, there are some story elements that the next game will have to consider as well. If the ‘Destroy’ ending is adopted as canon and there is a time jump between Mass Effect 3 and Mass Effect 4, then there won’t be the same kinds of sentient synthetics that players are used to. There might not even be any, depending on what the galactic society decides to do after they defeat the Reapers. If there aren’t any synthetic enemies, the tech-based classes become a little less effective, so they will need to compensate for this. If there are new synthetic enemy types, this could open the door for some intriguing new abilities for these classes.

There will also be a lot of leftover Reaper tech littered about the place. As an incredibly advanced machine race, they will have left behind a plethora of useful technology that the various galactic communities will be able to salvage and create new tech with. If the Mass Relay network is down, different areas of the galaxy will be developing in isolation, so even if they start off with the same kinds of Reaper leftovers, they could all develop a diverse array of gadgetry that could make the tech roles extra intriguing depending on where the protagonist is from and who they’ve had contact with.

Reclaimed Reaper tech aside, if there’s been a time jump then technology will have inevitably improved as well. There wasn’t much of a time gap between the first Mass Effect and the third, and while Mass Effect: Andromeda technically took place over six hundred years later, the Andromeda Initiative had left the Milky Way before Mass Effect 3 took place, so the technology wasn’t hugely different. Mass Effect 4 could be a chance to really shake things up and push the boundaries of what technology and the tech-based classes could be capable of.

Mass Effect 4 is in development.