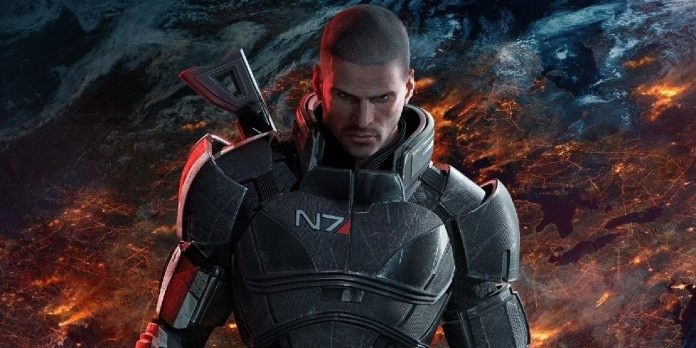 The next entry in BioWare’s immensely popular sci-fi series is looming, and players are excited to see what the future holds for the Mass Effect franchise. Mass Effect 4 has been a long time coming, with five years already elapsed since the release of the last mainline entry, Mass Effect: Andromeda, and a decade since the conclusion of Commander Shepard’s trilogy. Fans are more than ready for details about Mass Effect 4, but BioWare seems to be keeping its cards fairly close to its chest at the moment.

It’s likely that players have a while to wait yet for any kind of release date. With reports that Mass Effect 4 was still in early development at the start of 2022, gamers probably won’t see the title until late 2023 or more likely 2024. Still, there have been a few bits of info and glimpses of the game to tide fans over for the time being, and these have caused a lot of questions to be raised around when and where the next entry will be set. Although it will undoubtedly introduce lots of new elements, series staples will most likely return, like the Mass Effect classes. If this is the case, BioWare should take a long hard look at how it can improve the Soldier Class in time for its next outing.

RELATED: Mass Effect 4 Could Be More Like Andromeda Than the Original Trilogy

The Soldier Class In Previous Games

The original Mass Effect trilogy had the most similar approaches when it came to combat, although there were variations across the games. Mass Effect: Andromeda tried to push the boundaries on classes and specializations, offering a much greater variety of powers that could be adapted and changed on the fly. Both systems have their advantages and drawbacks, so it will definitely be interesting to see which style Mass Effect 4 favors and what new elements (if any) it will bring to the table.

In the first games, there are three main classes: Soldier, Adept, and Engineer. These are further combined to create the other three classes: Vanguard, Sentinel, and Infiltrator. All the classes apart from Soldier have either biotic or engineering skills and abilities, with Soldier being the most straightforward and weapons-focused of the group. For gamers looking for more of an accessible experience that focuses on firearms instead of handling powers and tech-based specialties, then Soldier was definitely the one for them.

How It Compares To Other Classes

While it can be seen as the most ‘vanilla’ choice, the Soldier actually has a lot of advantages. This was particularly true of the first Mass Effect where the other classes always felt at a slight disadvantage during combat, as while they had plenty of ways to approach fights, they required more careful planning than the run and gun antics of the Soldier. Soldiers could handle any of the weapons and were the only class that could equip Heavy Armor and had sizable health bonuses. This was balanced out more in Mass Effect 2 with a different approach to armor and more offensive powers for non-Soldier classes to help them out in combat.

Mass Effect 3 made it possible for each Class to equip every weapon, whereas in previous games they either wouldn’t be able to or couldn’t upgrade their skills for certain guns depending on their Class. This leveled the playing field a little and might have made some feel like the Soldier Class was losing its advantages. However, the new weight system in Mass Effect 3 did mean that Soldiers could still carry the most weapons, as well as the bulkiest ones that packed the biggest punch.

Soldiers also weren’t without their powers, but their abilities were more focused around ammo or health advantages like Unity. While these were always handy in a fight, they weren’t necessarily as flashy or demonstrative as biotic abilities like Shockwave or cool tech powers like deploying Combat Drones. Soldiers might not be the most exciting to play in the opinions of some, but their tank role meant that they could both take a lot and deal a lot of damage. Thanks to their versatility, they were deadly at all ranges and could switch between a variety of weapons.

RELATED: The ‘Perfect’ Playthrough of the Mass Effect: Legendary Edition And Andromeda to Prepare for ME4

Why Mass Effect 4 Needs To Step It Up

Each player will have their own way of playing, but the Soldier Class is seen by many as the default and is a great one to choose if gamers want to bring more biotic and tech-focused companions along on missions to make sure they have the best blend of skills. Mass Effect: Andromeda really went in its own direction when it came to combat, and did away with the Class system altogether. Players were no longer locked into a Class choice from the start of the game, and could instead switch between Profiles whenever they needed and experiment with a wide variety of different powers. In Mass Effect: Andromeda, Soldiers were still pure combat specialists, but players were encouraged to try out different skills and mix up the profiles rather than stick down one narrow path.

It will be interesting to see if Mass Effect 4 copies this setup or if it tries to move away from Mass Effect: Andromeda’s combat. Although the last entry in the series had its faults, many thought that the combat, variety of skills, and flexibility of the systems made gameplay more fun and adaptable compared to its predecessors. Whatever path Mass Effect 4 goes down, it’s likely that the Soldier Class will make an appearance in some shape or form, and while it’s always a solid choice with its own perks, the next game really needs to amp it up.

Armor and health bonuses alongside weapons skills are always useful, but they rarely offer more than a handful of ways to approach fights. Considering the variety of enemies that there usually are in Mass Effect titles, having multiple options when it comes to how players handle them is when the game is at its best. Some players will love the opportunity to experience a straightforward cover-based shooter which the Soldier Class offers, but Mass Effect 4 is BioWare’s chance to look at how it can make this Class as dynamic and explosive as some of its more exciting counterparts so that it doesn’t get left behind.

Mass Effect 4 is in development.