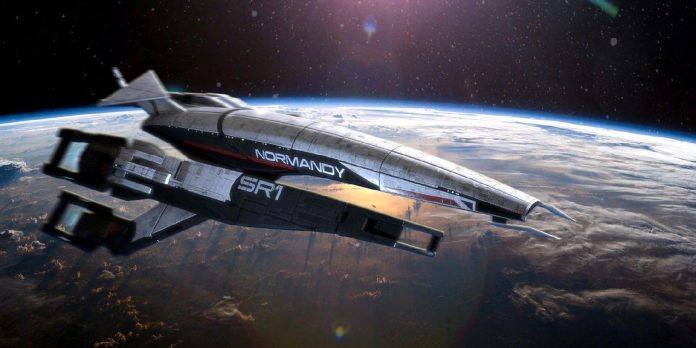 BioWare’s next Mass Effect entry may not be coming soon, and since it was confirmed during N7 Day in 2020, fans haven’t been able to find out that much about it. The Mass Effect series is an extremely popular sci—fi RPG franchise among the gaming community, and the announcement of the release of Mass Effect 4 was received with great enthusiasm. Many fans have been busy speculating about what the next part might entail, from the possibility of Shepard’s return to the time period in which it takes place. There are not so many answers yet, so players can only guess which features of Mass Effect 4 may or may not be included in previous games.

Recently, a sci-fi role—playing game with a certain release date has made a lot of noise – the long-awaited new Starfield IP game from Bethesda. The two games probably won’t have too much in common, other than a futuristic space-centric setting, but Starfield has some recently announced features that could make a successful transition to the new Mass Effect title. One such element is the freedom that Starfield provides players when it comes to customizing their spaceship — something that no Mass Effect game has to date, but something that can really enhance the gameplay of Mass Effect 4.

During the recent Xbox and Bethesda Showcase, fans finally got to see the gameplay of Starfield. Despite delays and speculation about development issues and unrealistic deadlines, Starfield still seems to be preparing for release in 2023. The incredibly ambitious game has not revealed many of its secrets since its first announcement, but thanks to the disclosure of the gameplay, players have now been able to see the RPG in action, as well as learn more about the world of Starfield and what they are. can be expected from the upcoming title.

Along with looking at some of the settings, discussing the story, and diving deeper into the battle, the recent gameplay reveal also demonstrated the customization options in Starfield. The game is largely focused on customization, with an emphasis on the player’s choice to shape the story, create a main character, and create a ship and outposts. Spaceships and their combat capabilities were among the most exciting features demonstrated in the reveal gameplay, where players could essentially build their own ship from scratch and customize many different aspects and aesthetics. With such a prominent focus on space exploration and travel, customizable ships just make sense in Starfield.

The equivalent of Mass Effect

Mass Effect games have a completely different approach to ships. SSV Normandy SR-1 was an important aspect of the first Mass Effect, not only as a political symbol of Turian-human cooperation, but also as a reminder of Commander Shepard’s new role as the first human Ghost. It served as a hub where players could choose their next missions and get to know their team. More importantly, it was a home for Shepard and their companions and a place where they could really develop their key relationships and even have affairs. The ship was the symbol of the first game, and its destruction at the beginning of Mass Effect 2 was a decisive moment in the series.

The destruction of the ship, the death of several crew members and the temporary demise of Shepard herself became the emotional beginning of the sequel. To reassemble (most of) the crew on the Normandy SR-2 during the passage of Mass Effect 2 and launch the last attack against the Reapers in Mass Effect 3 with it is quite touching, and the ship served as a home for Shepard. and their companions until the end of the series. The storm in Mass Effect: Andromeda may have brand-new gadgets and a shiny look, but it didn’t really have the emotional resonance of Normandy.

If Mass Effect 4 can’t create a ship with the same plot value as the Normandy, then maybe it’s not worth trying. The next game is likely to focus on rebuilding the Milky Way Galaxy after the devastation of the Reaper invasion, and players having to build their own ship and improve it as they progress may make a lot of sense in the story of Mass Effect 4. If the main character isn’t Shepard or Ryder—and it doesn’t look like they will be — it will probably be a character who needs to prove himself. Creating your own spaceship seems more plausible than getting another modern spaceship from the very beginning.

Abracadabra 2: Disney + Discloses Cast and Premiere of The Film