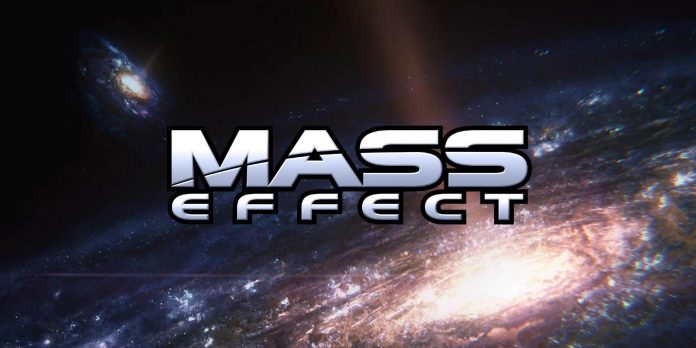 Since the first game was released in 2007, the Mass Effect series from BioWare has become a favorite among fans of role-playing games. With the fascinating story of the original trilogy, telling about Commander Shepard and his team when they faced the invasion of the Reapers, players had the opportunity to explore the vast Milky Way galaxy. After the conclusion of the trilogy, the Mass Effect series moved the action to the Andromeda Galaxy and introduced a completely new main character and a set of characters as the franchise went in a different direction. Mass Effect: Andromeda was not received as well as the previous main games, but still found its fans.

Now the players are looking forward to the next part. The upcoming Mass Effect is still a mystery, but thanks to recent trailers and teasers, fans are already full of theories. BioWare has made it clear that the next installment won’t forget the slightly less well-received Mass Effect: Andromeda, and the inclusion of both galactic settings has some interesting plot implications. However, showing the Milky Way and Andromeda galaxies can also lead to some unnecessary complications.

One of the trailers for Mass Effect 4 began with a frame of two galaxies — a subtle indication that both the Milky Way and the Andromeda Galaxy will somehow appear in the next game. It is currently unclear to what extent this or that setting will be used, but given that the Milky Way is in the foreground and Andromeda is on the periphery, it seems that the first may be a prominent place used in the game. This seems to be confirmed by Liara’s appearance in the trailer, especially when she picked up what looked like part of Shepard’s N7 armor. Many fans will be thrilled that so many familiar elements will return in the next Mass Effect game, but there are also some potential drawbacks.

The Mass Effect trilogy has created a diverse galaxy with many alien races trying to overcome turbulent histories of political and cultural upheaval as they face a common enemy. The Milky Way galaxy created by BioWare was full of life and charming characters, and although Shepard’s storyline ended with a sacrifice to save the galaxy (depending on the decisions of the players), there is still a lot to explore. Gamers have learned more about the threat of the ancient Reapers, the complex origins of the Geth and the motives of the mysterious leviathans. However, many questions still remain unanswered, and the next game may provide answers to them.

Mass Effect: Andromeda also left many doors open for further development of the narrative. Humans and other Milky Way species are still new to Andromeda, and they have a long way to go before they can truly call it home. Angara is also rebuilding itself after the occupation of the Ketts, and the mystery of the missing Ark of the Andromeda Initiative has not yet been revealed in the game. Basing the story of Mass Effect 4 on some of the threads left over from the previous four games could be a way to neatly tie them all together, as well as develop the knowledge already embedded in the franchise.

Another big attraction of the next game, which will feature both galaxies, is the potential return of many fan—favorite characters. Although it seemed unlikely, Mass Effect 4 could follow in the footsteps of Mass Effect: Andromeda and completely move the setting to another galaxy and start anew. This would allow the franchise to start anew with a completely clean slate, but would make it extremely difficult for such popular characters as Liara to appear. Her presence in the trailer seems to imply that she will somehow become a part of the upcoming game, but it also indicates that other characters will return.

Even if a lot of time has passed, long-lived companions like Grunt may also be in Mass Effect 4 and may become another reference to the original trilogy. The Angarians and most of the other inhabitants of the Andromeda Galaxy don’t live that long, and they’ll also have to make a potentially centuries-long journey back to the Milky Way if Mass Effect 4 takes place there, so that seems to rule out Ryder’s return. along with any of their crew. Given that the characters from the original Mass Effect trilogy are generally more popular, fans probably won’t be too disappointed by this.

There are many positive aspects in the two—galaxy approach – respect for old games, linking all previous parts of Mass Effect with the upcoming release, and the possibility of the reappearance of fan-favorite elements, such as familiar characters. However, it may also cause some problems for the next part of the franchise.

Doctor Who is reportedly Making major changes to the TARDIS in...