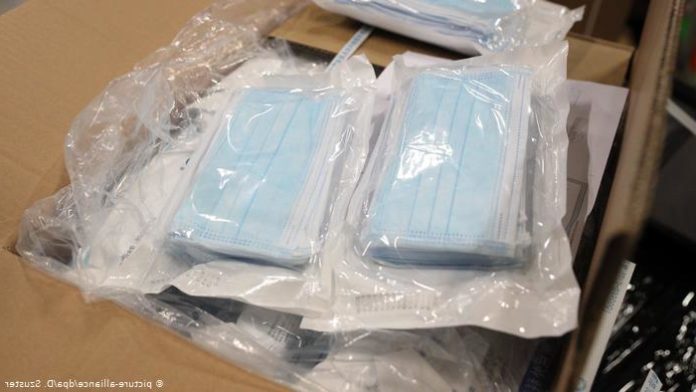 There is great competition among countries that want to meet the need for a mask against the coronavirus epidemic. It was reported that the USA bought Germany, and France seized the masks to go to Spain and Italy.

While the number of people caught in coronavirus exceeds 1 million worldwide, there is a “mask war” among the countries that are trying to prevent the epidemic. Germany claimed that the US seized the masks it bought; It was reported that France seized the masks sent to Italy and Spain.

Andreas Geisel, the Minister of Internal Affairs of the state of Berlin in Germany, stated that the state administration has purchased 2,000 coronavirus type FFP-2 masks from an American company in China. However, Geisel announced that the masks that should be sent to Germany were seized by the US in Bangkok, the capital of Thailand.

Geisel stated that the reason for the confiscation of the masks may be related to the export ban imposed by the USA on protective masks.

However, Geisel said that the US does “modern piracy” and “Wild West” methods, and that the German government should remind the USA of international rules.

According to the news of Bild newspaper, the masks produced in China belong to American 3M company, one of the leading companies in the sector. US President Donald Trump shared on Thursday from his Twitter account, “After seeing what they were doing in China, we hit hard on 3M.”

In addition, officials from Germany and France claimed that the United States had broken the agreements made by European countries with the producers in question by offering far higher prices than the market in China.

French official Jean Rottner also argued that the Americans broke their jobs by offering prices 3-4 times what they had suggested.

“The medical equipment market is like the Wild West”

“They don’t pay money, they pay every price because they are desperate,” said a senior German official. Speaking to Reuters, a senior official from Washington, who did not want his name revealed, said that they would continue to import protective equipment “until we have too much”.

On the other hand, a mask crisis broke out between the four European Union (EU) countries. In a statement from Mölnlycke, the Swedish company, it was reported that France seized the mask and gloves they imported from China to be sent to Spain and Italy.

The materials were planned to be sent to the two countries that experienced the epidemic most violently through France.

In a statement made by the company, it was reported that France, which prohibits the export of health materials, seized masks and gloves, although it was not its own property.

Canada is another country that has a shortage of protective equipment, especially a mask. Prime Minister Justin Trudeau said that the hospitals in the country need 60 million masks and protective materials, but announced that 11 million masks are now available. Trudeau stated that they are trying to provide the remaining materials.

Quibi’s closing date has been announced

The fiery photos of Suga in black clothes

Bobby Fish: “NXT is the right place for me”