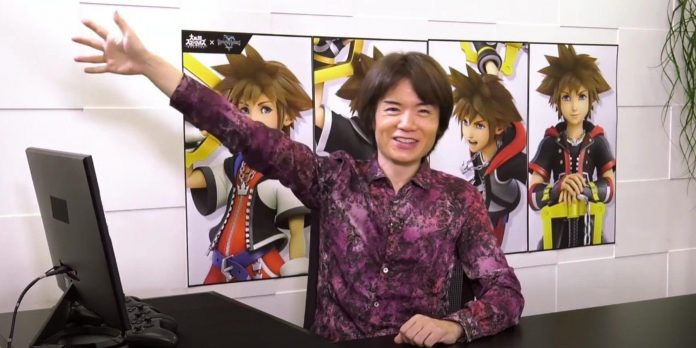 Game design is a rather complex area that makes many hardcore gamers wonder what exactly is included in their favorite games. It is because of this desire to understand what is included in the video game, many developers, such as Masahiro Sakurai from Kirby and Super Smash Bros. fame, receive a request from their fans to give training materials and lessons. After Sakurai finished his daily posting of screenshots of Super Smash Bros. Ultimate, the developer has announced a new project.

Sakurai has launched a new YouTube channel called “Masahiro Sakurai on making games”. According to Sakurai himself, this channel is a series on YouTube in which he plans to share his knowledge in an accessible and fascinating way for both the most ordinary players and game developers.

Since Sakurai has been a fairly well-known developer in the gaming industry for many years, he was invited to speak at game development schools and conferences. He didn’t like the idea of how limited the audience was in these places, which led him to YouTube as a way to teach as many people as possible the basics of game design. The first video on the channel serves as an overview of what it offers and indicates what Sakurai’s plans are for the series.

In the review video, he emphasizes that the channel will not go into too technical concepts, but will “offer a peek” into the industry and give players “a little push” to supplement their knowledge of game development. In this regard, Sakurai says that he can cover topics that are widely understood by professionals, and that those who know the basics should not be angry at him for saying something that may seem quite obvious.

However, Sakurai also emphasizes that this YouTube channel is exclusively his own project, which means that he will not receive approval from other developers and intellectual property owners, and some “trade secrets” should be kept as secrets. However, Nintendo will be asked for permission for multiple downloads, as certain documents on the development of Super Smash Bros. Ultimate will be used as training materials. The developer also says that he will lose money by creating this series, since he does not plan to receive income from the account through advertising and intends to pay his translators and editors.

Due to the fact that Sakurai maintains an account in his free time at his own expense, the entire channel is a love letter to games, since he, in fact, offers to train new game developers for free. This is certainly a resource that those who are interested in how video games are created should definitely use, and those who like Masahiro Sakurai’s games should definitely pay attention to it in order to better understand its names.

The developers of Cult of the Lamb told how much time...