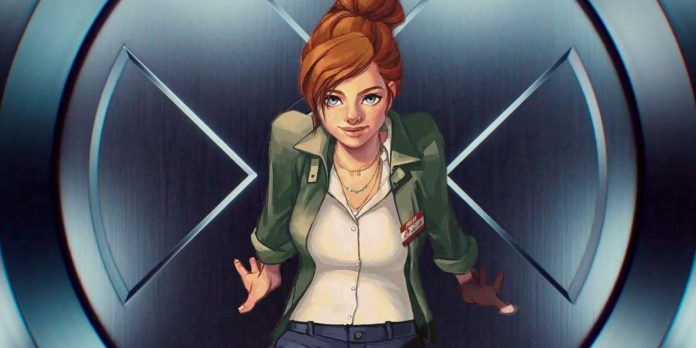 Spider-Man’s longtime love Mary Jane Watson may go down in the history of the X—Men. Mary Jane is best known as Peter Parker’s mistress (and in the rewritten timeline – as his wife). In the rest of the Marvel universe, she is better known as a fashion model and actress, although recent comics have revealed that Mary Jane has become a well-known mutant activist. Unfortunately, this led to Mary Jane being targeted.

In one frame of FCBD: Avengers/X-Men, Jerry Duggan and Matteo Lolli’s story “Let’s Talk about Krakoa…” reveals that the X-Men’s worst enemy, Moira McTaggert, marked Mary Jane for death. She knows that Mary Jane has been sent a ticket to the second annual Hellfire Gala, and Moira has her own plans for this event. She decided to steal Mary Jane’s ticket in a terrible way that she had previously practiced with her former Banshee lover; namely, by killing Mary Jane and stealing her skin. However, it is unclear if Moira is aware of Mary Jane’s connection to Spider-Man. If she doesn’t, she may find that this particular impersonation will prove more difficult than she expects, because Moira is unlikely to be able to fool Spider-Man’s spider-sense.

Marvel has published the official online Hellfire Gala guide, and it hints that Mary Jane will go down in the history of the X-Men. It features an image of Spider-Man’s costume at the Hellfire Gala, and it implies that the X-Men will change their resurrection protocols to bring Mary Jane back: “Spider-Man didn’t wave an invitation to the first Hellfire Gala, but in this Parker will discover that his fate too intertwined with the fate of the Krakoan mutants due to some changes in their resurrection protocols.”

In some ways, this is not surprising. The X-Men comics would not have allowed such a high—ranking minor character to be killed in the Spider-Man world-and certainly not in such a drastic way. But it’s hard to see how the X-Men resurrection protocols will be changed to resurrect Mary Jane, simply because they involve the synergy of mutant powers and Cerebro technology. Professor X has recorded the mental models of every single mutant on the planet, and these recordings are uploaded into the clone’s body. It is known that he has never scanned Mary Jane, which makes the whole thing quite strange. Obviously, Marvel is keeping a lot of secrets about this upcoming event.

The first Hellfire Gala shocked the world as mutants claimed their rights to the planet Mars, but the second one seems ready to reveal their greatest secret: the fact that they defeated death. Surprisingly, Mary Jane’s story suggests that the X-Men will agree to share the power of resurrection with humans, although they may well agree to do so only under certain circumstances. That at least means that Mary Jane Watson, Spider-Man’s greatest love, won’t be permanently killed off in an X-Men comic.

Obsidian Wants To Release A Game Every Year Starting In 2022