Home Entertainment Marvel’s Wolverine — Will we see more before the end of 2022? 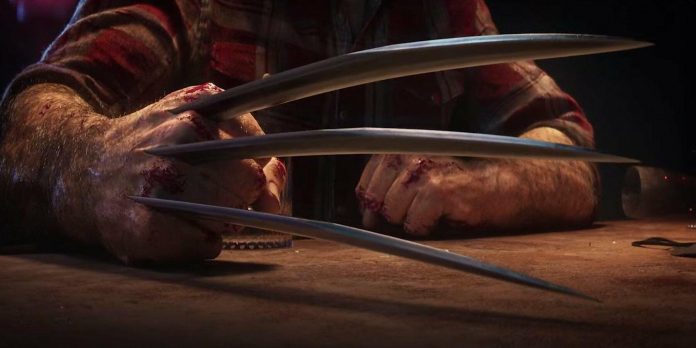 Marvel’s Wolverine surprised gamers when it was unveiled at last year’s PlayStation Showcase, as many assumed that the entire Insomniac Games company would be busy releasing Marvel’s Spider-Man 2. The Spider-Man: Miles Morales development team is hard at work on an unexpected Logan game.

After an exciting trailer in which a mutant with claws was preparing to wreak havoc in a bar, fans received only scraps of information from social networks and job listings. Although it is interesting that one of the creative minds of Spec Ops: The Line will participate in the narrative of the game, and Marvel’s Wolverine will have a mature tone, many hope to soon receive reliable information about the story and gameplay. As 2022 slowly draws to a close, some are wondering if the game will appear again this year.

As with any game in development, Wolverine fans would be wise not to expect a possible disclosure. After all, Marvel’s Spider-Man 2 is scheduled for release in 2023, and Insomniac Games may not want Marvel’s Wolverine to attract everyone’s attention. Thus, Sony and Insomniac can postpone the screening of most of the game until Marvel’s Spider-Man 2 is released, focusing the attention of Marvel fans on the upcoming game, and not on the one that is supposedly further away.

On top of that, even if the game is being showcased, fans shouldn’t expect to see too much proper gameplay before release. Given that Insomniac only had a brief CGI teaser to share when he announced the project, it can be assumed that Marvel’s Wolverine is still in development. Perhaps fans will see the rest of the bar fight from this CGI trailer confirming who will voice Wolverine, how brutal the fight will be and what other characters will appear in the game.

If Wolverine from Marvel appears, it will be on the PlayStation Showcase in 2022.

However, considering that Marvel’s Spider-Man 2 and Marvel’s Wolverine were presented at the same event, it wouldn’t be a shock if they were shown together on another show. Due to the fact that a major PlayStation Showcase is about to take place, players can see Marvel’s Wolverine again a year after it was originally presented to the public. While Marvel’s Spider-Man 2 is likely to take up most of the show, it would be nice to get an update on how Logan’s game is developing.

In case the gameplay is shown, it may be from an alpha build, so fans should not expect it to match the official release. Given the absurd controversy surrounding Marvel’s Spider-Man puzzles, it’s important to remember how games can change during development. However, as mentioned above, it would be unwise to expect something like gameplay or a release date. Although Insomniac Games has started releasing its games quickly, Marvel’s Wolverine may not appear until 2024 or later.

At the moment, it is unknown if Marvel’s Wolverine fans will see it again this year, as there is no confirmation that it will be shown before the end of 2022. However, if it does happen, it will most likely happen at the PlayStation Showcase this year, and not at another event like Gamescom. Fortunately, games like The Last of Us Part 1 and God of War Ragnarok are coming out soon, and PlayStation users will have something to play while they wait for more information.

Marvel’s Wolverine is currently in development for the PS5.