Home Entertainment Marvel’s Spider-Man Remaster for PC is Being Sold at the Wrong Price... 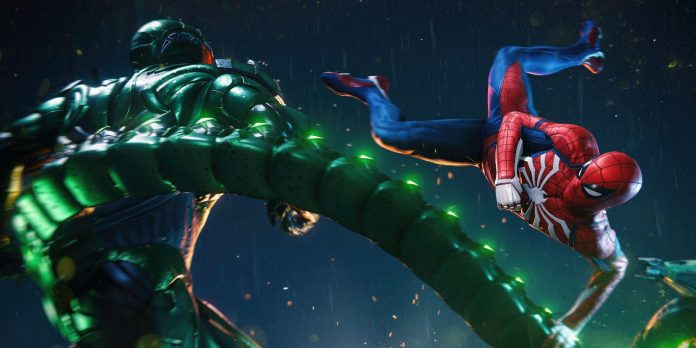 Steam overestimated Marvel’s Spider-Man Remastered before its August 12 release date in some territories. This caused problems for impatient fans who pre-ordered the game as soon as possible, because they could end up paying more than they expected.

As part of PlayStation’s quest to bring half of its exclusive catalog to PC, ports of popular Marvel’s Spider-Man and Marvel’s Spider-Man: Miles Morales games are due to be released on Steam and Epic Games Store this year. Marvel’s Spider-Man will be released this month along with the “City That Never Sleeps” DLC, and a recent trailer and PlayStation blog post revealed that it will have a host of new features, including an unlocked frame rate, a wide range of screen ratios with ultra-wide-screen optimization and improved ray tracing by compared to Marvel Spider-Man Remaster for PlayStation 5. The port will also allow owners of GeForce RTX GPUs to fully use NVIDIA DLSS (Deep Learning Super Sampling) to increase the frame rate, and AI-based NVIDIA DLAA (Deep Learning Anti-Aliasing) to improve image quality.

It is clear that fans rushed to place a pre-order Marvel’s Spider-Man Remastered on PC after learning about these improvements in the already beloved version of Webhead, especially with additional bonus content such as early access to Iron Spider, Spider-Punk. , and Velocity suits. However, those who have done so risk paying more for this privilege, as Steam (via GamesRadar) I found that the price dropped from 54.99 pounds to 49.99 pounds in Australia, Israel, New Zealand, Norway, Poland, Switzerland and the United Kingdom. The official Steam tip is to refund the money for Marvel’s Spider—Man Remastered and redeem it before the release so that fans pay the right price.

While PC fans, who may not have seen how Insomniac perceives the popular Marvel superhero during its initial PlayStation exclusive release, are eager to get their hands on the games, PlayStation fans are waiting for news about the upcoming sequel, Marvel’s Spider-Man 2. The title was revealed at the PlayStation State Of Play presentation in September 2021, and have already confirmed the appearance of the fan-favorite villains Kraven-Hunter and Venom, the latter of whom was teased in Marvel’s Spider-Man and in the scene after the credits of Spider-Man: Miles Morales. Many fans are hoping to get more news about how the Insomniac developer approaches the symbiote saga in his universe, and have begun to theorize whether Spider-Man will wear the symbiote suit himself, which will open up new and potentially more violent gaming possibilities similar to those in Spider. – Man: A web of shadows.

As is the case with many pre-orders, prices are often subject to change, and at stores like Amazon, shoppers will pay the lowest available price between the time of pre-order and the launch of the product. Taking into account that the price reduction for Marvel’s Spider-Man Remastered game on Steam is good news for fans of computer crawler and will please those who complained that the initial price was too high for the port of the game four years ago, it is a pity that Steam did not implement an easier way for players who have already issued pre-order the game, get it at a lower price by default.

Captain America Almost Destroyed the Avengers with One Addiction