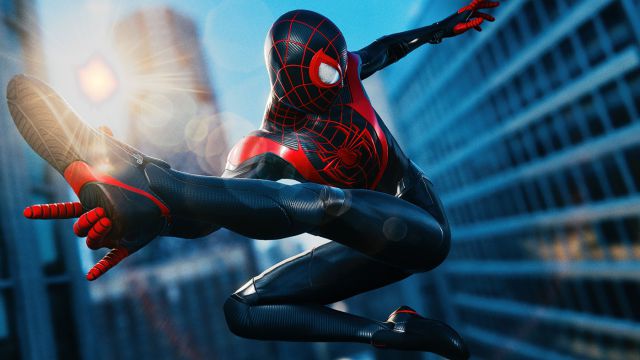 The title of Insomniac Games is consolidated as one of the games preferred by PS4 and PS5 users in the final stretch of 2020, Sony confirms.

Sony Corporation has confirmed that Marvel’s Spider-Man: Miles Morales has sold 4.1 million units worldwide until December 31, 2020. The data, which computes both physical and digital units on PS4 and PS5, shows that the video game Standalone derived from Marvel’s Spider-Man (2018) continues in the wake of success.

The Japanese company has released the information during the presentation of its latest financial report, corresponding to the last quarter of 2020 (from October 1 to December 31, 2020). The work of Insomniac Games has been the only one highlighted in the presentation to investors, where they have also reported on the units shipped of PS5 during that period, 4.5 million, an amount identical to that of PlayStation 4 at its launch at the end of 2013.

PS4 and PS5 added more than 18.4 million first party games sold last quarter
The lineup of exclusive video games in the PlayStation ecosystem continues to be of vital importance to the company, which has sold 18.4 million first party works (PlayStation Studios label) this past quarter. In total, there were 103.7 million video games sold, of which 53% correspond to digital distribution. Another way of saying that PlayStation 4 and PS5 players currently buy more digital games than physical ones.

Marvel’s Spider-Man: Miles Morales is one of the most highly regarded games by the PlayStation community of the past year, along with Ghost of Tsushima. The title of Insomniac, also parents of the Ratchet & Clank saga, updated the game with a new performance mode last December where it was possible to activate ray tracing at 60 FPS. The other two available modes made you choose one or the other.

The title has also been one of the best sellers in Europe and the United States on the PS Store during the console’s premiere.

Looking ahead, Insomniac Games is working on the development of Ratchet & Clank: A Dimension Apart, planned for 2021 exclusively for PS5. These are different teams from the wall-crawler. Bryan Intihar, director of Marvel’s Spider-Man, was not involved in Marvel’s Spider-Man: Miles Morales, which fuels speculation (or desire) that he is immersed in an eventual sequel to the successful original title, which until the end of 2019 it had sold more than 13.2 million units.