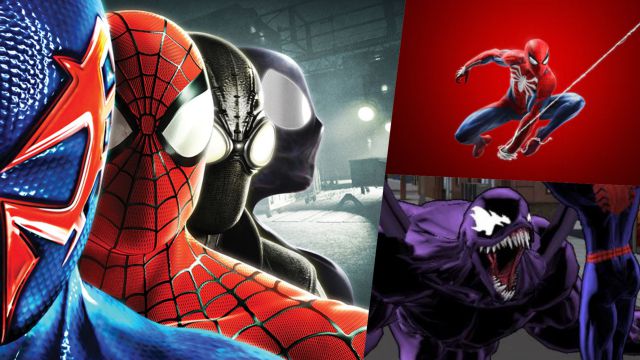 Spider-Man: We go over some of the Spider-Man titles that no one should miss out on. They may not be up to the level of Insomniac’s game, but they’re worth a try. Marvel’s Spider-Man is, along with Miles Morales, one of the titles — if not the most — most loved among fans of the arachnid. The quality of the work of Insomniac Games for PS4 was more than contrasted (87 in Metacritic both by the press and users) and we will still have to wait to know details about the second part, so taking advantage of the expected premiere of Spider-Man: No Way Home in theaters, we believe that it is a good time to rescue from oblivion some of the best games that the saga has left us.

Spider-Man’s jump to three dimensions could not be missing from the list. A classic among the most nostalgic, as it automatically became one of the childhood titles of many players. It is likely that soon after it was surpassed by other deliveries thanks to technological advancement, but there is the premiere of Peter Parker in the 32-bit generation. An unforgettable action adventure based on the Spider-Man and Spider-Man Unlimited series.

Without a doubt, one of the favorites among the legion of followers of the arachnid. A full-fledged open world and action title. It was based on the film itself directed by Sam Raimi, who repeated again in Spider-Man 3, allowing himself licenses as a spectacular combat against Mysterio, among other surprises. It was the first title in the series that offered the possibility to freely roam – and swing through them – such iconic environments as Manhattan, Ellis, Liberty Island and Roosevet.

He surprised everyone by his Cel-Shading graphic section, but also thanks to his story, written by Brian Michael Mendis, author of the homonymous comic. The script, which sets its starting point in the death of Spider-Man’s parents (Peter Parker) and Eddie Brock, is a true tribute to the license; has a huge amount of winks that delighted the fans and invites us to undertake an intense journey in the form of a sandbox, in which there is no shortage of confrontations against such popular final bosses as Green Goblin, Venom, Rhino, Human Torch and Electro, among others.

Assassin’s Creed Valhalla References A New Type Of Content In Its...