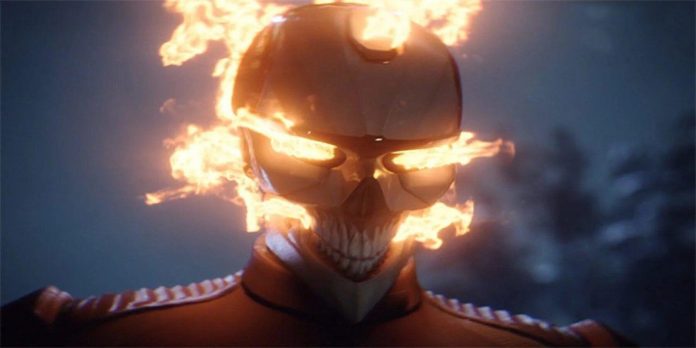 Marvel’s “Midnight Suns” is based on a deep Marvel comic story going back to the 90s for several “deep cuts” in lore. While WandaVision and Doctor Strange in the Multiverse of Madness brought Darkhold to the forefront, it was a deep piece of knowledge that Firaxis Games intended to incorporate into Midnight Suns Marvel when development began a few years ago.

It seems that for every plot twist, for every character, for every stylized cinematic video, Firaxis has plunged deeply into the world of Marvel comics to bring it to life. One of the inspirational comics for the “Midnight Sun” from Marvel was the story “Spirits of Retribution” about Ghost Riders featuring Danny Ketch. However, Marvel’s “Midnight Suns” uses Robbie Reyes instead.

Game Rant recently spoke with creative director Jake Solomon about Marvel’s Midnight Suns, and Ghost Rider played a huge role in our conversation. Players will see Johnny Blaze at the beginning of the game, and there are several mysteries related to the Ghost Rider on the Abbey grounds. These Ghost Rider connections show how deeply involved he is in the story, and this is intentional on the part of Firaxis Games. Speaking about all the comic characters who will be Ghost Riders, Solomon said:

As for the gameplay, Firaxis has set itself the task of conveying the brute force of each character, as well as his personality. This makes Ghost Rider one of the strongest characters in Marvel’s Midnight Suns, but he’s a little harder to play than some. “The ghost rider demands his price,” Solomon said. His abilities often do a lot of damage, but with some form of recoil, for example, the percentage of damage done returns to him. “You have to play him right, support him right, but the Ghost Rider is crazy.”

Moreover, and this is true for all heroes, they do not start weak and become stronger over time. From Firaxis’ point of view, it doesn’t make sense to level up a hero so that he has truly heroic abilities, and that’s why there’s no cover in Marvel’s Midnight Suns gameplay. Error-prone soldiers are hiding, not superheroes. In any case, this remains true for the Ghost Rider, who has several abilities such as Penance Stare and Hell Ride (among many others) that reflect his brute strength in damage and vivid cinematography.

“Every hero should start with 10. By the end, they are gaining momentum so much. It’s pretty cool.”

Overall, it’s clear from Marvel’s Midnight Suns gameplay that the legacy of the Ghost Rider is being respected. According to the plot, it is clear that this is also the case there. Ultimately, it will be interesting to see how Johnny Blaze, Robbie Reyes and the entire legacy of Spirits of Vengeance will affect the game.

Midnight Suns from Marvel is released on October 7 on PC, PS4, PS5, Switch, Xbox One and Xbox Series X.

Elden Ring Delays Its Release Date By A Month And Confirms...

GTA Trilogy: Fans Believe They Have Found Clue About GTA 6