Home Entertainment Marvel’s Midnight Suns Announced: This Is The XCOM of Superheroes 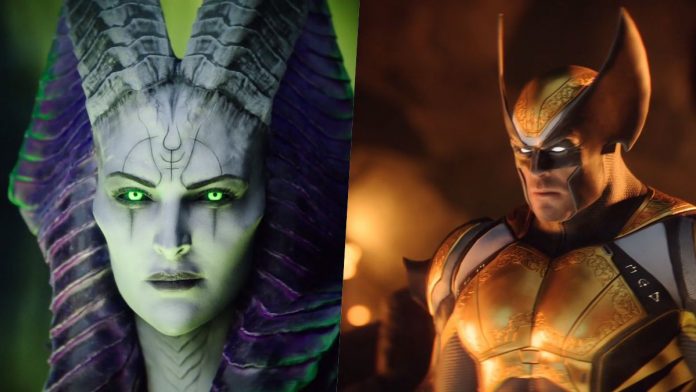 Marvel’s Midnight Suns: 2K Games and Firaxis are working on this tactical RPG, which presents its first details and a cinematic trailer.Marvel’s Midnight Suns has been announced during the Gamescom 2021 Open Night Live, the event with which the German fair has started. The project, in charge of Firaxis Games, the creators of Civilization VI, will be edited by 2K Games. As a result of the agreement with Marvel Entertainment, the comic universe comes to life through an XCOM-style tactical RPG, in which we will handle a completely original hero, although we will also enjoy the presence of Iron Man, Captain Marvel and other characters from this universe. To whet your appetite, we have seen a first teaser trailer, which you can see just below these lines.

Through the power of magic and shadow, Hydra has revived Lilith, the Mother of Demons, after hundreds of years of sleep. Now that she has awakened from her slumber, the villain will not give up on her endeavor and will try to summon her evil master, Chthon. Alarmed, the Avengers will ask the Midnight Suns for help, a group made up of Nico Minoru, Blade, Magic and Ghost Rider, all of them young heroes with supernatural powers. Together, they will resurrect Hunter, the player character, who will aim to prevent Lilith from fulfilling the prophecy. He is the only one (or the only one, because he is fully customizable) who has been able to defeat her in the past. Hunter has been designed by Firaxis and Marvel.

Hunter’s resurrection is captured in the cinematic trailer, a video that serves as an appetizer of the gameplay that will be presented on September 1 at 8:30 p.m. (CEST), 11:30 PT. In addition to the previously mentioned superheroes, there will be characters from X-Men, The Avengers, Runaways, and more, a total of 12 (plus Hunter himself).

Why have they chosen this type of superhero?

Speaking to MeriStation, Jake Salomon, creative director of the video game, has reflected on why they have chosen this group of heroes. According to his words, they were fans of Children of Midnight, the comic from the 90s, so they wanted to explore this more supernatural aspect. They consider that it is a very different title from what they have done with the previous one, and their objective is for the player to feel powerful.

His role-playing side is especially reflected in The Abbey, the base of operations in which all the characters interact with each other. It is in this place where the player can forge relationships between superheroes, which allow new passive and legendary abilities to be unlocked. This will activate new dialogues, although the basis of the story will remain regardless of what you choose.

“I have grown up reading and enjoying Marvel comics,” Salomon admitted in the press release. “Being entrusted to me by these characters and their stories is an honor for me and the team. If you’re a fan of Marvel, RPGs or tactical games, Marvel’s Midnight Suns will bring these beloved characters to life in a way you’ve never seen before, ”he says.