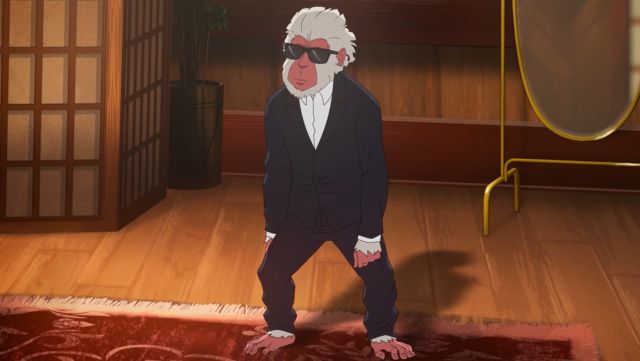 The new Marvel series with Hulu opens on November 17 in the United States; This is how the most fearsome macaque in the House of Ideas spends them. Marvel’s Hit-Monkey, Marvel’s new animated series with Hulu, has everything ready for its premiere on November 17, 2021 in the United States. So much so, that those responsible have presented both the final trailer (which you can see heading this news) and the final poster of a new animated series for adults that does not skimp on explicit violence.

Thus, this new series originally developed by the now defunct Marvel Television and whose rights have passed to Marvel presents us with a Japanese macaque who crosses paths with a fearsome murderer, Bryce. But when Bryce is killed by the mob, the ape sets out on a journey of revenge led by the ghost of his new friend in order to finish off all those who murdered his new, translucent adventure partner.

This new trailer includes a ton of previously unreleased footage that gives us a glimpse of the visceral, grown-up tone of an animated series clearly geared towards coming of age. And it is that Hit-Monkey will face villains as powerful as Lady Bullseye, Fat Cobra and Ogun, Wolverine’s former master and one of Logan’s most fearsome enemies over the years.

As we say, Marvel’s Hit-Monkey will premiere on November 17, 2021 in the United States through Hulu; At the moment there is no date for Spain, although it should not take long to be broadcast, probably through the Star channel of Disney +. We leave you with its official synopsis:

“Hit-Monkey revolves around a Japanese monkey, of the same name, who is an expert marksman and has great agility and reflexes. This monkey trains to take a dark and bloody revenge journey through the most dangerous places in Tokyo. For this training he has the great help of the ghost of an American assassin ”.

Arnold Schwarzenegger’s son Joseph Baena gives an idea of what it...