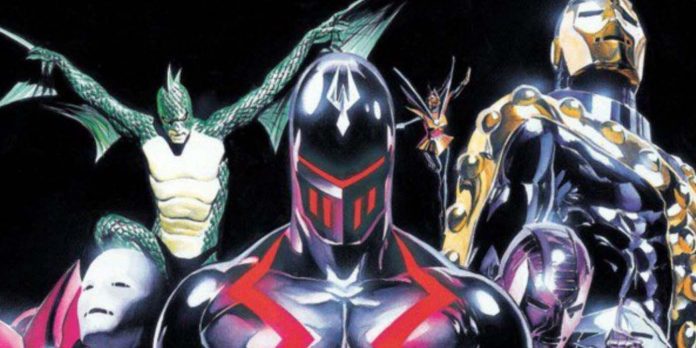 Marvel’s Iron Avengers replaced the super team when some of the most important members of the original heroes fell and looked amazing at the same time. In Marvel Comics’ Earth X, Tony Stark created an armored super team that copies the powers of Earth’s most powerful heroes, including the Wasp and the Scarlet Witch. When the Iron Avengers were called into battle, they showed off their amazing looks and costumes throughout the series.

The Iron Avengers first appeared in the series “Earth X” by Alex Ross, Jim Krueger and John Paul Leon, as in the cult story, people all over the planet gain strength after the Terrigen Fog has spread around the world. In a world full of superpowered personalities, the Avengers, including Hawkeye, Giant Man, Quicksilver and Scarlet Witch, died in a battle against the Absorbing Man, which led Tony Stark to create a super team in their place. Iron Avengers will try to replace the Greatest Heroes of the Earth, and the design and costumes for each of the armored heroes will be simply incredible.

In the ashes of the Avengers’ battle against the Absorbing Man on Earth X from Marvel Comics, Tony Stark turned his attention to the creation of the Iron Avengers. The Super Team was actually robotic versions of fallen heroes, mixed with the classic appearance of Iron Man. Among the new robot superheroes were Iron Maiden, Crimson Sage (Scarlet Witch), Monolith, Steelbow (Hawkeye) and Swing (Wasp). While the heroes reproduced the Avengers’ abilities to a certain limited extent and provoked the wrath of Captain America after Stark hired them to Norman Osborn, it’s hard to deny that the design (in the image of Alexa Ross below) is stunning.

While each of the Iron Avengers had a familiar but unique armored look, Black Thunder stands out among the team, one of the few non-robots in the initial team whose knight armor is combined with red glowing features on his chest. and the mask, made him look as intimidating as he ever seemed. Meanwhile, the Crimson Sage who kept the Scarlet Witch’s headdress was a great way to pay tribute to the hero by making her a suitable replacement for the hero. Armored suits for the rest of the team members suited the group well, as the Iron Avengers made a suitable robotic replacement for the fallen heroes.

The Iron Avengers will play a prominent role throughout the Earth X series, as they will replace their fallen colleagues, help Black Thunder, and be destroyed and restored in the battle against the Skull. After all, the robot super team has been a huge help to the Avengers, replacing some of the greatest heroes, with their armored suits from Ross and Leon looking stellar.