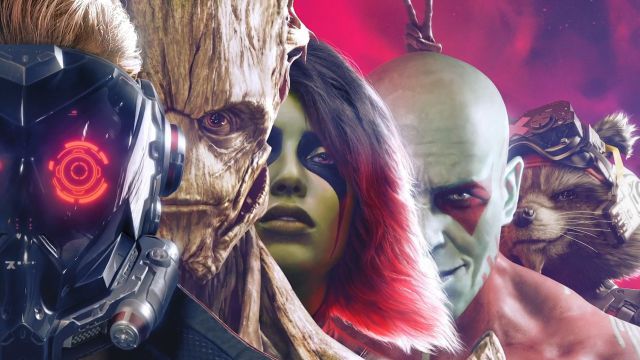 Guardians Of The Galaxy: The new Guardians of the Galaxy game announces its extensive soundtrack composed of popular themes from the 80s to accompany Starlord. One of the star releases of this month and of what remains of 2021 is undoubtedly Marvel’s Guardians of the Galaxy, the adventure starring Starlord and the rest of charismatic characters such as Gamora or Groot. In the Eidos Montreal game -with changes in its work policy- we will control only the character played by Chris Pratt on the big screen, although we can show off joint powers, and as usual, Starlord will be accompanied by a good string of themes to listen to during the course of the game.

The 80s, protagonists of music

Thus, the Canadian study has revealed the list of songs that will make up the soundtrack of Marvel’s Guardians of the Galaxy, with eminently eighties themes, among which we can find artists and groups of the stature of Blondie, Kiss, Europe or New Kids on the Block , with the anthem of that decade, Take on Me, by A-Ha, also present. How could it be otherwise, there is Never Gona Give you Up, by Rick Astley.

That said, we go on to detail the full tracklist of the game:

Blondie – Call Me
Blue Oyster Cult – Don’t Fear The Reaper
Bobby McFerrin – Don’t Worry Be Happy
Hot Chocolate – Every 1’s A Winner
Wang Chung – Everybody Have Fun Tonight
Tears For Fears – Everybody Wants To Rule The World
EUROPE – The Final Countdown
New Kids on the Block – Hangin ‘Tough
Pat Benatar – Hit Me With Your Best Shot
Bonnie Tyler – Holding Out for a Hero
KISS – I Love It Loud
Flock of Seagulls – I Ran
Culture Club – I’ll Tumble 4 Ya
Mötley Crüe – Kickstart My Heart
Simple Minds – Love Song
Rick Astley – Never Gonna Give You Up
Frankie Goes To Hollywood – Relax
Def Leppard – Rock Rock Till You Drop
Rainbow – Since You Been Gone
A-ha – Take On Me
Soft Cell – Tainted Love
Loverboy – Turn Me Loose
Autograph – Turn Up the Radio
Wham! – Wake Me Up Before You Go-Go
Scandal featuring Patty Smyth – The Warrior
Starship – We Built This CityTwisted Sister – We’re Not Gonna Take It
Billy Idol – White Wedding

Marvel’s Guardians of the Galaxy will be released this coming October 25 on PS4, Xbox One, PS5, Xbox Series, PC and Stadia. Also on Nintendo Switch, with a cloud version.