Home Entertainment Marvel’s Guardians of the Galaxy: This Has Been The Creative Process Behind... 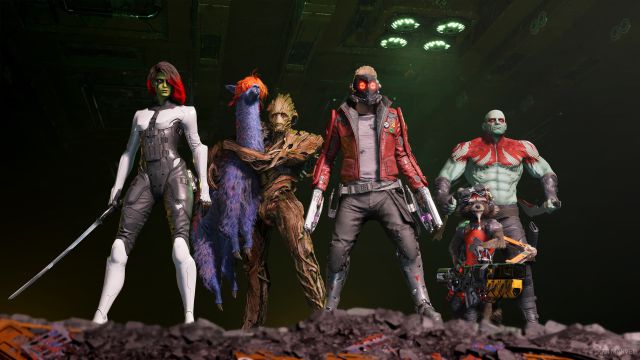 Bruno Gauthier-Leblanc, art director at the studio, explains that when designing them it was key that they were “faithful to the history” they have built, and that at the same time the fans of the license “could know them at once” .

“To create the renewed visual aspect of this dysfunctional but fun family, we were inspired by the Marvel comics and the background we created for them,” explains Leblanc in a press release. “So each Guardian has a very specific design that also has an impact on the gameplay of the title itself.”

Star-Lord, for example, has an outfit that features some homages to the 80s and his childhood, as well as his favorite band. Gamora, for example, was inspired by him in the comics to draw his black and white suit, to which they later added details that deepened his background.

Heading to the market

The new work from Canadians was part of the Square Enix event last E3. In this house we were able to see him days before and we chatted with those responsible to know first-hand what the team’s vision is about such a popular group in the Marvel scene. You can read the full advance through this link.

For its part, Marvel’s Guardians of the Galaxy is scheduled to launch next October 26 on PS5, PS4, Xbox Series X | S, Xbox One and PC; It will also debut on Nintendo Switch via streaming.