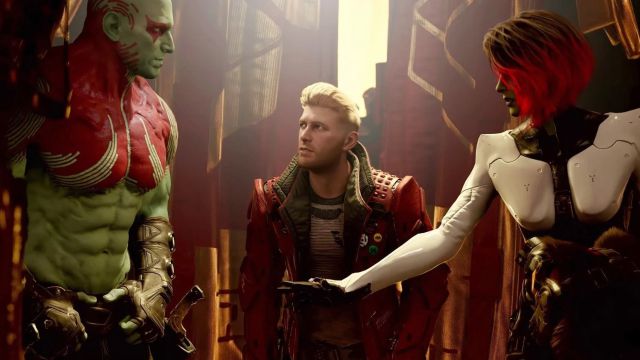 Marvel’s Guardians Of The Galaxy: Square Enix highlights, however, that sales have grown, so they intend that in 2022 they continue in this way. The craziest superheroes in the galaxy star in the video game developed by Eidos Montreal and published by Square Enix. Marvel’s Guardians of the Galaxy is a single-player action game, a title that didn’t get off to a good start in business. At least that is hinted at in a report published by the Japanese company, which indicates that it did not meet sales expectations during its premiere.

The game, which went on sale on October 25, garnered disappointing numbers for Square Enix during its premiere, but from the company they recognize that the figures improved later and that they experienced growth that they intend to reinforce in 2022.

“Despite good reviews, the game’s sales at launch fell short of our expectations. However, the sales initiatives we introduced in November 2021 and continued into the new year have resulted in improved sales. We want to continue working in order to continue expanding sales”, so that they can compensate for the slow commercial start that the title had in its debut.

Star-Lord, Groot, Rocket, Gamora and Drax are the protagonists of this adventure. The Guardians of the Galaxy have been together for just under a year, so they are not yet consolidated as a team. Like other Marvel works in video games, it is an original story.

Marvel’s Guardians of the Galaxy is available on PS4, PS5, Xbox One, Xbox Series X, Xbox Series S, PC, and Nintendo Switch (cloud version). The title has been designed as a single-player experience, as opposed to Marvel’s Avengers, which was heavily criticized for its business model. In this regard, from the beginning it was ensured that the video game will not be expanded through DLC or microtransactions, something that they have fully respected.