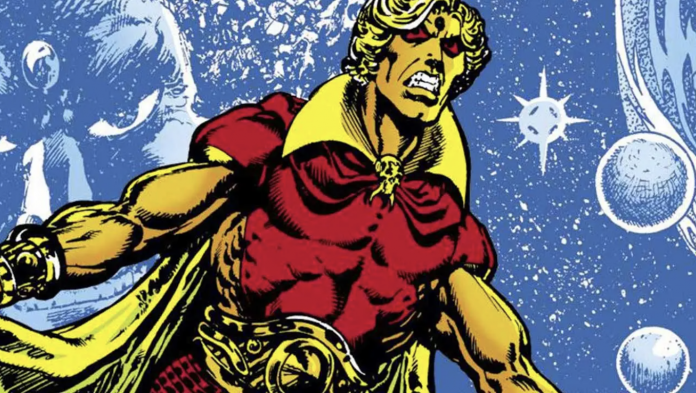 Guardians Of The Galaxy: Adam Warlock will be one of the main characters of the video game, but he had not yet been shown to the public. From the images, videos and builds that have been shown of Marvel’s Guardians of the Galaxy we knew that Peter Quill, alias Star-Lord, would be well accompanied by the rest of his companions: Gamora, Drax the Destroyer and Groot will make use of their abilities in combat (and out of it), while also enjoying the company of Cosmo, the special puppy. Now, the official Twitter account of the video game has confirmed that Adam Warlock will also be part of the cast of protagonists.

The tweet is accompanied by a very short presentation video of just 6 seconds, where you can see the outline of Warlock. Without more information about it, the Twitter account has clarified that it is not a cameo, but that he is one of the key characters. Created by Stan Lee and Jack Kirby, this superhuman is able to use cosmic energy and other powers to fight his enemies. In the Guardians of the Galaxy universe, he has helped the team carry out their roles, both in the comics and in the future Marvel Studios movie.

In the absence of two weeks for its launch, Eidos Montreal has shared the launch trailer of the video game, which you can see just above these lines. The production, edited by Square Enix, is focused on the story and the single-player gameplay, although we can use the powers of the rest of the Guardians.

Marvel’s Guardians of the Galaxy will be released on October 25 on Xbox One, Xbox Series X, Xbox Series S, PS4, PS5 and PC. Nintendo Switch users will also be able to access the game, although in this case through a cloud edition. Of course, the next-gen and PC versions will benefit from some improvements over the previous console title.

My Name: All About The Korean Netflix Series Finale