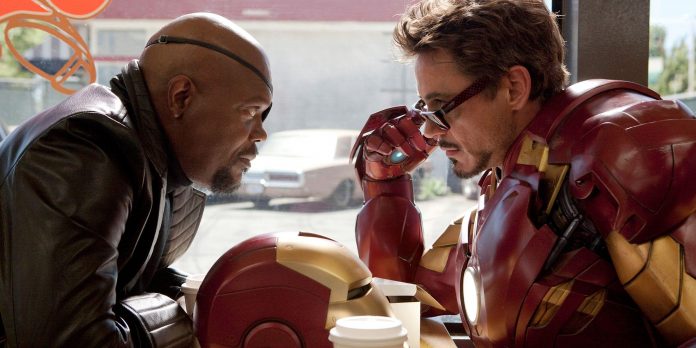 When Nick Fury approached Tony Stark in the post-credits scene of Iron Man to talk about the Avengers Initiative, the heart and soul of the MCU was born. Fury’s plan to bring together a group of heroes that the MCU now calls the Avengers was a prime example of where the franchise is heading, even though Iron Man was released back in 2008.

Despite the early days, Marvel’s first phase had a very clear end goal: to tell the stories of characters like Tony Stark, Steve Rogers and Thor Odinson, and then combine them with Natasha Romanoff, Clint Barton and Bruce Banner to create the ultimate superhero team. Although the earlier films were quite disjointed, and each hero was reserved for his individual solo projects, Fury’s announcement of the Avengers Initiative allowed fans to know exactly where all the heroes would end up.

link: What can the new “Daredevil” series do to succeed

The Avengers films were the culmination of Phase 1-3, and each new film or character appeared to continue to develop the original goal that Fury had introduced at the beginning of Phase 1. The characters learned how to become heroes so that they could properly protect the world from threats, and if they were lucky, one day become part of the infamous Avengers team.

“The Avengers” was the culmination of Phase 1; Age of Ultron was a tense moment for the heroes in Phase two; “Infinity War” raised the stakes for both the characters and the franchise more than ever before in Phase 3. Finally, all the heroes introduced after the Avengers movie in their respective phases, Finally, we were able to join the major league when the “Finale” broke all records and became the greatest Marvel game. a movie for all time.

Overall, in phases 1-3, it was clear that Marvel heroes would one day unite for the final showdown, constantly invoking the Avengers Fury Initiative. Even Captain Marvel, which took place long before Fury pushed Tony with this idea, was associated with the Avengers, since at the end of the film Fury drew inspiration for the Avengers Initiative through Carol Danvers and their joint adventure.

Now, currently in Phase 4, with half of the Avengers dead and the rest disbanded, there is no longer a definitive answer to the question of what the heroes are working on. Phase 4 features characters from across the universe, from Thor and the Guardians in Space to Sam and Bucky, who are learning to live in America without Steve Rogers. The characters are now even going beyond the reach of life as they knew it, with Loki, Doctor Strange and Wanda Maximoff traveling through realities that other heroes haven’t even seen yet.

The Phase 4 projects were good, but there is a huge gap between the stories. Yes, there are Easter eggs and small references that would seem to link every relevant Disney Plus movie or show to other projects like “Shang Chi” and “Miss Marvel,” but the characters are mostly isolated in their own universe bubbles. If the characters go different ways, it’s not necessarily a bad thing if the final goal is visible. The reason why Avengers: Finale worked so well was because it took years to create, and the MCU made it very clear to fans that the franchise was working on creating the biggest Marvel event of all time throughout Phase 1-3.

Nick Fury’s conversation with Tony in Phase 1, the post—credits scenes with Thanos and random commands along the way are all steps that paved the way for an epic battle of heroes against the Mad Titan. Even when the characters were disconnected from each other, it was clear where they would end up. The hype created over a decade made it clear that Marvel Studios had a plan and some idea of what would happen when the Infinity Saga finally came to an end in 2019.

Phase 4 lacks the direction of Phase 1-3, although fans make a lot of assumptions. Some believe that Phase 4 will pave the way for the Young Avengers movie, while others believe that the upcoming Thunderbolts movie will have a greater impact on the development of the Marvel universe. All of this, however, is just speculation, without any real purpose. Without creating a larger, comprehensive storyline that the characters have to work on, the MCU can bite off more than it can swallow. If they continue to keep all the heroes separate, Marvel may lose the sense of unity that was present in Phases 1-3. There is also a high probability of new plot holes and inconsistencies, as Marvel Studies tries to juggle dozens of different storylines.

Marvel can still succeed, even if they don’t plan to remake “The Avengers” or make a big movie like “The Finale.” Nevertheless, there must be an ultimate goal for the franchise to continue to develop and move forward in a positive direction. Hopefully, the remaining Phase 4 projects will provide more information about where the MCU is heading.