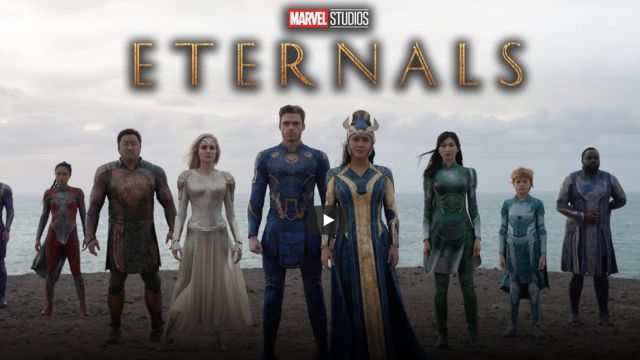 Marvel: This new film, which will be released in November 2021 in theaters, stars Angelina Jolie.The wait has been almost eternal, but in recent weeks we have received some information about Eternals, one of the films that Marvel Studios is preparing for this year 2021. “Over the years we have never interfered, until now.” That phrase is pronounced during the new teaser trailer, which you can see above these lines.

In Eternals we are introduced to a new group of superheroes, who join the already rich Marvel cinematic universe. Since the dawn of time, ancient aliens have been living on Earth without being detected or unmasked. However, after the events narrated in Vendadores: Endgame, an unexpected tragedy makes them emerge from the shadows to meet the great enemy of humanity, the Deviants.

Luxury cast with Angelina Jolie at the helm

In addition to Eternals, which will hit the big screen in November, Marvel Studios will premiere Black Widow on June 9 and Shang-Chi and The Legend of the Ten Rings on September 3. Later, in December, it will be Spider-Man: No Way Home’s turn.

The future is full of superhero cinematic products for years to come: Doctor Strange in the Multiverse of Madness, Thror: Love and Thunder, Black Panther: Wakanda Forever, The Marvels, Ant-Man and the Wasp: Quantumania, Guardians of the Galaxy Vol. 3 and the Fantastic Four are the products that are planned until beyond 2023. And if that was not enough, Disney + will be the home of the television series. The next? Loki.