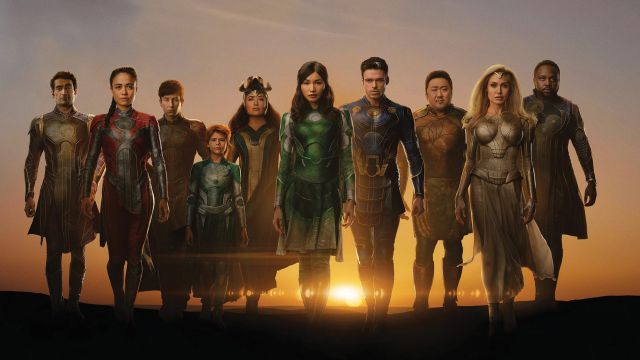 Eternals: Chloé Zhao breaks with the classic structure through an epic story, abundant and convinced of her style. Personal, risky, remarkably executed. That Marvel is in a period of experimentation and change is something that we can attest in the most literal sense and in the figurative sense. The snap of Thanos not only caused the biggest cinematic event in recent years, but also a warning both to his loyal fans and to the house of ideas itself. A turning point that awakens again with a Phase 4 far from the conventional, from series like Wandavision to formulas not previously explored like the refreshing Shang-Chi and the Legend of the Ten Rings. This is how we got to the Eternals, a particularly unique film; an author’s film from top to bottom that relies on the contemplative, on delving into its characters and making the story the true protagonist.

Against the tide and leisurely, Eternals stands out from Marvel

Because it is never easy to build a character introduction movie without prior endorsement; especially if it is a cast of them, with a huge mythological bill behind and a reduced media support compared to other big names. When we learned that Chloé Zhao, who comes from devastating Nomadland, was assuming the direction of this film, there was no doubt that Eternals was going to debut in the Marvel Cinematic Universe breathing new cinematographic techniques. What we did not know was to what extent it was going to differ from the Avengers language or if it was going to work.

The answer is complicated; although the two and a half hours that the trip lasts neither do they insist on giving too many concessions to the viewer. This is not a failed experiment, but a very versatile work that would have worked the same (maybe better) if it had not been based on the original Jack Kirby comic. Eternals does not depend on Marvel to justify its successes or its mistakes; bet on an independent format of superhero cinema. To speak of the Eternals is to speak of mythology, of gods, of almost immortal beings destined to protect planet Earth. It is another tone, they are beings with such superiority whose fit with the Marvel of cinema that we have seen projected twenty-five times before does not match in the same way. And nothing happens. Because there are no written rules and Zhao has come here to break them.