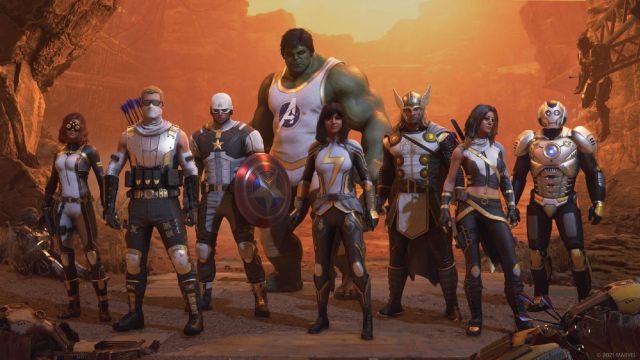 Marvel’s Avengers: The Crystal Dynamics title presents its July update with all the news that will arrive in the coming weeks.Marvel’s Avengers will make the Spider-Man meme come true by pointing at himself, at least with any of the heroes who are currently part of the game’s playable character roster. Through an update to the website, Crystal Dynamics has indicated that they have relied on the feedback received to make the decision that players use the same hero during matchmaking when playing multiplayer. In this way, they can form assault teams with the Avengers themselves.

The Square Enix game has also rolled out its roadmap for the month of July. The company has reported that the Patrol mode will be released after the War for Wakanda expansion, but they promise “a lot of new content”, such as Omega-level Threat: Family Reunion or the multiplayer mega-hives, which now increase in difficulty (Although they have reduced the required Heroic Challenges in half). According to Crystal Dynamics, Omega-level Threat ends with a chaotic fight against Supeaptoid, who now have new abilities.

“We want to focus on the final content of the game before launching the War for Wakanda expansion, so the first omega first threat and multiplayer megahives will arrive in July.” On the other hand, they argue, they wanted to make the omega-level threat available to players: Family reunion “sooner rather than later because the same team that worked on it is the one that works on increasing the power level that will arrive at the end of the year. , but the threat had to come out before ”. This has not changed the release date for Wakanda, which is still scheduled for August.

Marvel’s Avengers will continue to update in the coming months. The developer hopes to be able to report on the news later. The title is available on PS4, PS5, Xbox One, Xbox Series X, Xbox Series S, PC, and Google Stadia.