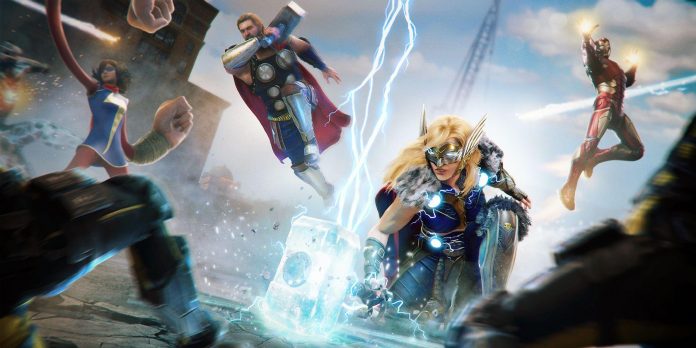 It’s an exciting day for Marvel’s Avengers players as a new look is finally unveiled for their latest character. Rumors that the Mighty Thor Jane Foster will appear in Marvel’s Avengers as the next playable character appeared back in March of this year, and these claims were officially confirmed in April.

It was said that Jane would appear in Marvel’s Avengers 2.5 update at a time that was still a long way off. Earlier in the animated story trailer for Jane, it was announced that she would be released to all players on June 28. But the initiation of her character in Marvel’s Avengers would be incomplete without the developers’ deep dive behind the scenes, which is now available with a detailed look at Jane’s gameplay.

Marvel’s Avengers’ Mighty Thor War Table aired this morning and offered players the same as for the rest of the character additions after launch. Players can finally take a look at Jane Foster’s gameplay with a brief introduction to her character’s origin in the comic book source material, where Marvel’s Avengers will hopefully turn to some exciting cosmetics. Her gameplay, while reminiscent of Thor’s game, focuses almost exclusively on Mjolnir’s abilities and mechanics, as she “uses the mighty hammer in a way Odinson has never done.”

Jane’s “unique talent with Mjolnir” gives her abilities such as the Storm God, which create shock waves and enhance ranged hammer attacks. In addition to this, there is the Quick Fire hammer throw, which allows players to throw it again after catching it, for more damage, similar to Captain America’s own shield throw. In addition, Seek and Pin throws an enemy into the air and presses it to the surface, Earth’s Finest complements combinations of light attacks with an additional hammer throw, and Thunder Kick throws enemies back with a “brutal forward blow”.

However, Jane’s most intriguing ability is her Heroic All-Weapon Ultimate ability, which sends Mjolnir into autonomous flight to hit targets, while Jane herself wields the Undryarn, a mystical golden hammer that reduces all incoming damage. While the Undryarn is in hand, players can also use the autonomous Mjolnir as a “personal orbital protective shield”. During Marvel’s Avengers War Table, it’s also important to note that Jane is now the third playable character capable of flying, which will hopefully add more variety to the teams in the multiplayer game.

Other cosmetics are teasing, and details about Jane’s hero challenge card are mentioned in the back half of the war table before its release date is announced again. Indeed, fans will be able to start playing for the Mighty Thor Jane on June 28 on all available platforms. Marvel’s Avengers still has unannounced characters that have been leaked in the past, and it will be interesting to see if any of them follow Jane’s release.

Android Will Gain Six New Features In The Coming Days