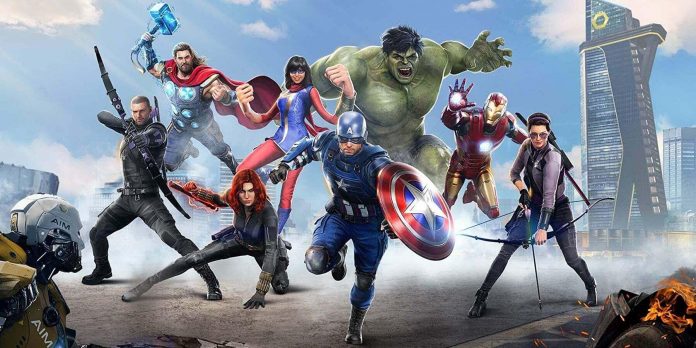 Square Enix and Crystal Dynamics continue to celebrate the second anniversary of Marvel’s Avengers by giving away three iconic superhero costumes to all owners of the base game. Since its inception, the game has received a surprisingly wide selection of costumes for the characters, and now fans of the original Marvel movies can unlock some of them at no extra cost.

Namely, this is a continuation of the celebration of the anniversary of Marvel’s Avengers, where players receive a huge amount of bonuses until September 15. Some of these include substantial Marketplace discounts, increased experience and resources, and increased chances of a Loot Frenzy mission. events, and since there are only a few days left before the end of the festivities, interested players should join in and use the bonuses effectively.

While most of the aforementioned benefits expire on September 15th, three free superhero costumes will be available until October 1st. In particular, players can get the original armor from the first Marvel Studios movie about Thor, the Captain America battle suit from the Avengers and the classic Iron Man flight suit from Iron Man 2. It may be worth noting that some players want fewer MCU outfits in Marvel’s Avengers, so the three costumes being handed out may not be to everyone’s taste.

Since the first release of the game, developers have invested a lot of time and effort into the production of costumes for films, as was the case with the armor of the Winter Soldier Captain America in Marvel’s “Avengers” earlier this year. It is clear that fans of comics would prefer that Creative Assembly use other sources, but this is just a statement of the fact that MCU films enjoy great success and popularity.

In any case, the three outfits given out are more contextual than Marvel’s Avengers summer skins, which may seem rather clunky in comparison. Of course, sooner or later the game will get a whole bunch of stupid outfits. At the very least, the armor that can now be obtained for free should be almost universally attractive to most players, while this certainly does not apply to the more playful outfits in the game.

Although the anniversary content is good in itself, many players are wondering about the Marvel Avengers patrol mode and whether it will be released soon. This supposedly substantial new game mode was supposed to be launched sometime in the summer, but it doesn’t seem to have achieved its goal by now. At the same time, it is also possible that the developer is waiting for the excitement around the anniversary to settle down before releasing such a major new content.