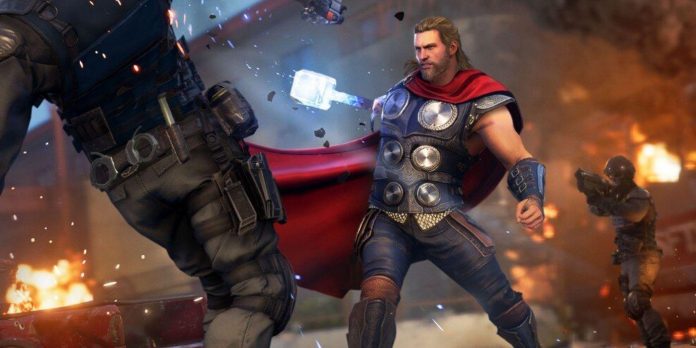 The leak revealed a new image of Odinson in Marvel’s Avengers, inspired by “Thor: Ragnarok”. The leak seems likely due to the upcoming release of Thor: Love and Thunder next week and the recent inclusion in Marvel’s Avengers of costumes based on looks from the Marvel cinematic universe, such as Spider-Man’s Iron Spider armor from Avengers: Infinity War. Black Widow also received MCU skins in “The Avengers,” most notably her white costume from her 2021 solo film “Black Widow.”

In 2017, Taiki Waititi’s film “Thor: Ragnarok” was released. The New Zealand screenwriter and director brought to the series a trademark humor from his past films, such as “What We Do in the Shadows.” In the film, Thor primarily battled his long-lost sister Hela when she returned to conquer Asgard, but it incorporated elements from other Marvel Comics storylines such as Planet Hulk.

According to Miller’s Twitter leak, Thor will get a new suit in Marvel’s Avengers, based on one of his images in Thor: Ragnarok. In costume, Thor carries Surtur’s Crown shortly after defeating a giant fire demon at the beginning of the film. When asked if the crown itself would have its own physics, like Marvel’s previous Avengers costume featuring the Hulk in bunny slippers, Miller replied that it would, although how it would interact in the game remains to be seen.

With the release of Waititi’s upcoming sequel, Thor: Love and Thunder, Marvel’s Avengers also recently introduced another prominent character who appears in the film: Jane Foster, also known as Mighty Thor. On June 28, Mighty Thor was added to the game, and although many fans were initially skeptical that her set of abilities almost identical to the set of powers of Thor Odinson and, in fact, will be reskin, Mighty Thor expanded these abilities and added settings to make them. Jane Foster has also received brand new abilities from the comics, such as the “Undrjarn All-Weapon”, which she summons to protect herself and reduce all damage received when hitting her enemies. The introduction of The Mighty Thor brings Marvel’s Avengers game list to 11 characters at the time of writing.

As fans are eagerly awaiting the release of Thor: Love and Thunder, it’s no surprise that Crystal Dynamics, the developer of Marvel’s Avengers, will officially unveil a new Thor skin in the near future, which will coincide with the release of the film. As for the future of the game, fans will have to wait and see what Crystal Dynamics has in store, as the developer said earlier this year that he would focus on short-term updates rather than a solid roadmap to allow the team more freedom to work on specific characters without the audience pressure associated with promises and deadlines.