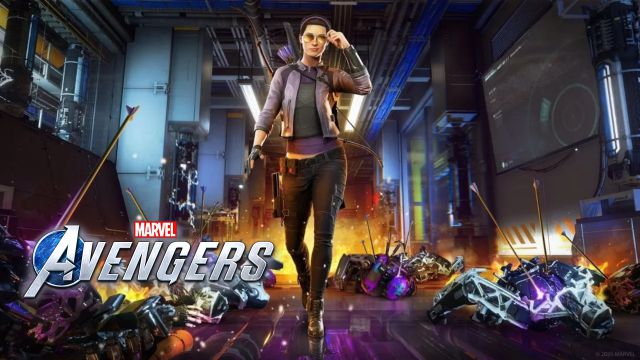 Kate Bishop is the first additional character to arrive on the Marvel’s Avengers roster. She does it accompanied by an unpublished story arc. Impressions

Marvel’s Avengers needs new content in order to survive this difficult first year on the market. The arrival of Kate Bishop wants to be the starting point of the positive trend. The hreoin joins the avengers roster as the seventh in discord. You can expect the same playable level of depth from it as the initial characters, only it is also accompanied by a new story arc.

And the events that we see with the young woman are the beginning of the Crystal Dynamics plan for 2021. With Hawkeye, Spider-Man and the improvements in the new generation on the horizon, the archer is a wink, a point return for those who had already finished with the offer available since last September. We must emphasize that the campaign and the character are accessible at no additional cost for all Marvel’s Avengers players. The only previous payment is the challenge card, which acts as a battle pass, where we unlock cosmetics related to it. Its price is 1000 credits (about 10 euros to change).

As soon as you enter Marvel’s Avengers you will find a progress screen that accompanies the Gather Together campaign and the entire Avengers Initiative. As Operation A by IMA begins, Kate Bishop’s early arrival on campus will begin. These initial missions will be commissioned by Maria Hill in the flesh, in a social area far from the Chimera.

Most of our time will be spent in the Nevada Tundra, both outside and in the secret IMA facilities. Despite the introduction of plot scenes, the development of Kate Bishop’s campaign is far from having the narrative packaging seen in Reuníos. We spend most of our time completing goals that are about average of what we had done in the base content. Between controlling zones by time, breaking certain elements, zones with bosses (by the way, reused) … There is very little room for surprise.

Her campaign lasts just 3 hours, depending on how long it takes to complete her iconic quest chain, a series of challenges that allow the unlock of an extra skin. This appears in parallel when it reaches the middle of its operation, without counting on the training module. To the duration we must add the necessary preparations to complete its final mission. In our case, we had to level through other secondary content to make the archer stronger.

Without getting into sensitive script revelations, Kate Bishop sets the stage for Clint’s future arrival, Hawkeye. As we said, the structure of the adventure is far from being similar to the original campaign. There is a breeding ground to develop its true potential in future DLC, but the study must move away from precisely that, to make the player convey that we are facing additional content, instead of something relevant and necessary for the future of the game.