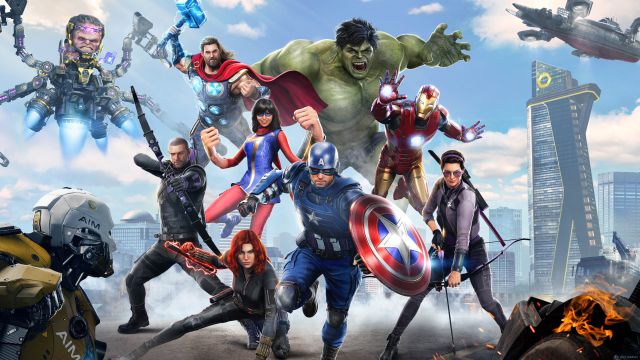 Marvel’s Avengers: The game developed by Crystal Dynamics has had a difficult launch, but the studio continues to work on new content.Marvel’s Avengers doesn’t give up. The Avengers video game has suffered numerous problems since its launch in 2020, a trend that Crystal Dynamics wants to reverse with new events and future expansions. It was already known that they were preparing some skins inspired by the Marvel Cinematic Universe, which will be available in the store to be purchased with game credits. Now, a Twitter user has shown some of those suits, which have come to light early.

The images, which you can see below these lines, show the Hulk, Captain America, Black Widow and Hawkeye costumes from Avengers: Endgame, the most recent film in the saga. These snapshots were taken from a glitch, so the hairstyle changes may be due to error.

Shaun Escayg said goodbye to Naughty Dog after directing Uncharted: The Lost Legacy, and he did so with the intention of becoming the creative director of Marvel’s Avengers. A few months after the launch, the creative has confirmed his return to the studio as a screenwriter and director. At the moment it is unknown what he is working on, since Naughty Dog has not announced any specific project. Its most recent release is The Last of Us Part 2, which was released in summer 2020.

Marvel’s Avengers was initially marketed for PS4, Xbox One, PC, and Google Stadia. The version optimized for PS5, Xbox Series X and Xbox Series S was scheduled for the end of last year, but Crystal Dynamics made the decision to delay it until 2021. The intention is to continue feeding content to the project, which has lost the support of the community. progressively. The study itself has acknowledged having made mistakes at launch.