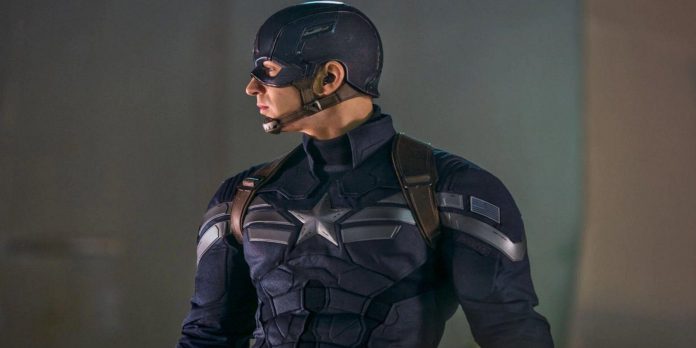 Crystal Dynamics is not shy about taking new costumes from the Marvel cinematic universe to add them to Marvel’s Avengers and allow players to bring their comic book fantasies to life. “Avengers: Finale”, “Avengers: Infinity War”, “Iron Man”, “Black Widow” and “Thor: Ragnarok” are just some of the films that the studio has added to the game with skins for heroes such as Captain America, Thor, Black Widow and others. and the Hulk. However, for the latest skin, Crystal Dynamics took one of the most popular movies in the MCU for Captain America players to bring their ultimate SHIELD agent fantasies to life.

Crystal Dynamics announced on the official Twitter of Marvel’s Avengers that it is adding a stealth Cap costume from the movie “Captain America: The Winter Soldier” with the latest update. The suit, as the name suggests, is the thinnest and most visually muted Steve Roger suit in the MCU with a matching vibranium shield reflecting his time as a SHIELD agent. It is unknown if this suit comes with a tracking node for the Shield to track Cap, as it did in the movie, although given the context of the game, it is probably missing.

As already mentioned, “The Winter Soldier” is considered one of the most popular films in the approximately 15-year history of the MCU, especially among individual films. Comic book readers quickly turned their attention to the film adapting the 2005 Winter Soldier storyline, in which Cap’s loyal friend Bucky Barnes, who is believed to have died in World War II, once again found himself in the spotlight as a titled brainwashed killer in the service of the head of Roxxon. and former Soviet General Alexander Lukin. While Bucky was still the brainwashed killer in the movie, the movie traded Roxon and the Soviet Union for a reborn Hydra operating in the SHIELD.

The addition of an invisibility suit also serves as the fifth MCU-inspired skin created by Crystal Dynamics for an iteration of the Captain America game previously taken from the three Avengers films and Captain America: The First Avenger. Now he stands alongside his fellow Avengers and former SHIELD agents Black Widow and Hawkeye, each of whom also has five MCU skins. However, Iron Man and Thor remain on top of the rest of the team as the only two heroes in Marvel’s Avengers with seven MCU-inspired skins.

As for any additional Captain America skins that Crystal Dynamics might include, its MCU clothing selection has pretty much dried up. This is partly due to the fact that the “Avengers: Finale” skin, already present in the game, is the same general costume that Cap can be seen in “The Avengers: Age of Ultron” and “Captain America: Standoff”. It is not surprising if in the future any additional skins of Captain America will be either original creations of the studio, or taken directly from the comics.

Nintendo wants to improve the appeal of Nintendo Switch Online

Sailing Yacht Under Deck: Why Fans Think Daisy and Gary are...