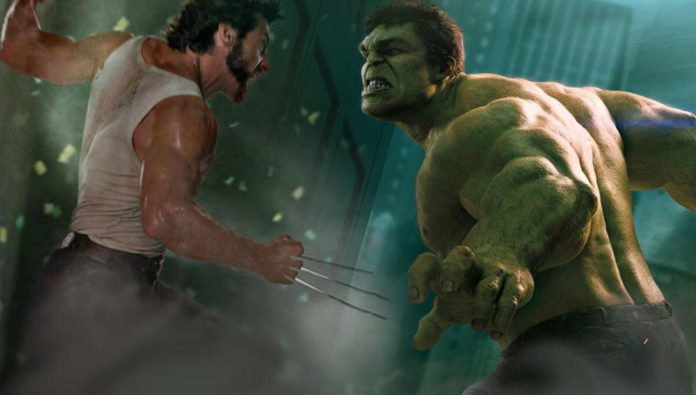 The Marvel Cinematic Universe may be preparing to confront two characters we have never seen before. Some sources suggest that Marvel is working on the Hulk vs Wolverine movie.

The Marvel Cinematic Universe (MCU) entered our lives 10 years ago, and the studio has since released a lot of superhero movies that have been acclaimed. The width of the Marvel comics universe has brought its beloved characters together in a common story.

Even though Marvel has achieved successful works at the box office with its high-budget films, copyright has always been a problem. Universal, who owns the Hulk character’s license rights, paved the way for the character to take a supportive role in the MCU as a result of the agreement with Disney. Therefore, even if Disney buys Fox, he cannot combine any Marvel characters he wants.

In addition to securing the rights of Hulk, Marvel Studios is preparing to come up with a big change. According to We Got This Covered, a movie project involving Hulk and Wolverine is currently in the early stages of its development. Also in the new movie, Mark Ruffalo is expected to play the Hulk again.

Apparently, Marvel’s plan is to introduce new actor to fans, who will replace Hugh Jackman, who has stopped playing the character of Wolverine while also starring Mark Ruffalo again. It is stated that the new movie will not come over the next few years. On the other hand, it is suggested that Ruffalo looks hot on a film that he will face Wolverine.

It is said that the movie Hulk vs Wolverine can even precede the movie that will restart the X-Men series. It is still unclear when the movie will be released, but sources predict it will arrive in the next 3-4 years. On the other hand, he notes that Marvel took his hand quickly and Ruffalo wanted to complete the movie before leaving the role of Hulk.

See Also
Marvel could unite Hulk and Wolverine in one movie

For now, that’s all that’s known about the Hulk vs Wolverine movie. The confrontation of two such superheroes can be an exciting step for the MCU.

Wonho makes his debut with Losing You, his first solo video

Google Added 1,000 Great Views to Earth View from Each Other

The price of the rotating screen Samsung TV Sero