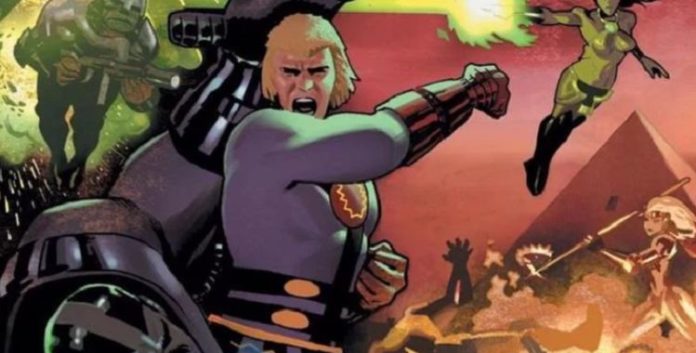 Marvel, who did not have the rights of mutant characters before and therefore kept X-Men away from their stories, changed the story of the Eternals team according to one theory. The reason for this is to prevent their conflict with X-Men.

With Disney’s acquisition of Fox, the movie rights for the X-Men characters also turned to MCU. Prior to the return of X-Men, Marvel tried to create an alternative to mutants by making the series of Inhumans, but was not successful.

According to recent rumors, Marvel will change the story of the group Eternals in order not to create a conflict with the X-Men. Eternals, which is a very weak series in terms of comic books, was also a bit risky as a movie. Still, Guardians of the Galaxy succeeded despite its similar past.

Who is Eternals?
In the comics, Eternals and Deviants, their enemies, are two sub-branches of humanity created in prehistoric times. An ancient and mighty race called Celestials has a finger in their emergence.

Eternals have been the heroes of legends in the past and even inspired mythologies such as Greek mythology. Eternals, which prefers to stay in the background and live isolated, focuses on protecting humanity from the Deviants and preparing for the return of the Celestial race.

Kevin Feige, the head of Marvel, described Eternals as ‘ancient aliens’ in his statement in 2018. Actor Kumail Nanjiani said that Eternals were sent thousands of years ago to protect the world and that they have been in the world for a long time. The ancient alien expression was also included in Marvel’s official movie synopsis.

Eternals’ new story will separate them from X-Men:
When we look at it broadly, it is not difficult to understand why Marvel made such a decision. In the eyes of many, Eternals would appear as an X-Men flick with its original story. Celestials were creatures that also triggered the X gene of mutants in the comic.

With this change, the last two Avengers films have created the infrastructure for Eternals. Thanos’ homeland was originally an Eternal colony. With the new story, Deviants may also have changed.

Instagram will allow creators to earn money on social media

PS5: the console will offer a new graphical functionality!