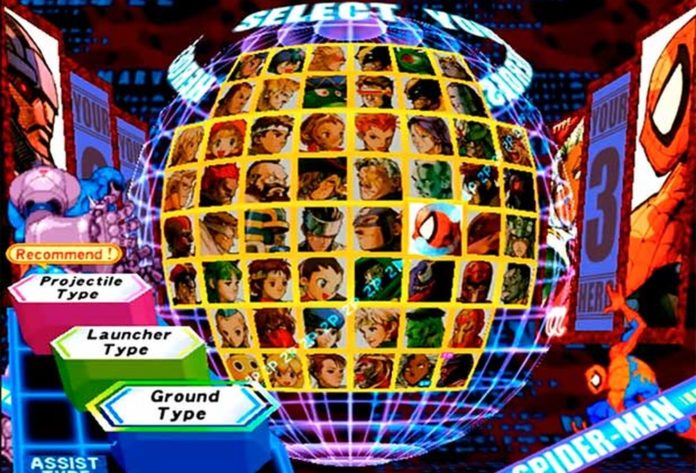 Marvel vs. Capcom 2: New Age of Heroes is a fighting game released in the year 2000 that became very popular in the Evolution Championship Series (EVO) competitions until the arrival of its successor, Marvel vs. Capcom 3. The game has modes rated online on Xbox 360 and PlayStation 3 (PS3), and is available for both platforms, in addition to the iPhone (iOS), PlayStation 2 (PS2), Arcade and Dreamcast. Recently, the EVO 2020 commission announced that the title should return to the event in celebration of its 20 years since its launch, which has aroused the joy of many fans of the franchise.

In ranked mode, the player must play against opponents who are online and win matches to earn points. In addition to the disputes themselves, there are also missions to be unlocked, such as combos and assists that guarantee extra points to be added. The higher the score, the better the player. With the return of the game to the official disputes, TechTudo separated some tips for you to do well in the game. Check out:

1. Train in offline mode to practice combos
Practice makes perfect, and training in offline mode or even in arcade mode with a friend is a great opportunity to decorate the game’s multitude of combos. Each character has unique combos, so it’s best to make sure you know the hero’s movements well before entering a ranked line.

2. Choose the characters that suit you
Marvel vs. Capcom 2 offers 57 playable characters, so it is recommended that you try them all and decide which ones most closely match your style of play. In case you are a beginner, there are also some more suitable heroes, such as Iron Man and Mega Man, as they have a somewhat simpler mechanics to understand and are quite efficient. Play a lot, unlock all the characters and determine at least five main ones. Remembering that you will always play with three heroes (or villains) during the match.

3. Use the “counter switch” strategy
The game has assistance mechanics, that is, it is possible to choose three characters to fight for you during the matches. While the main hero fights, the other two can fight with assists, and even switch places with the current fighter. This guarantees more interesting gameplay and the possibility to change the course of the game. Because of this, it is possible to give a “counter switch” when calling a character in Marvel vs. Capcom 2. When you’re on the ground, for example, call on the help of another character to attack and buy time while you get up to avoid further combos.

4. Choose a complete team
It is very important to try to balance your team members by choosing characters with skills that can be useful in different situations. For example: if your main is a short-distance fighter, try to choose assistant fighters who can do combos from a distance. Also add one that has defensive skills, or that is very fast. That way you will have tools to deal with any type of opponent, basically. Choose which characters can complement each other in the team.

5. Watch official competitions
Keeping up with official competitions and watching game professionals act is one of the best ways to understand how the game mechanics work and learn new tactics. With the return of Marvel vs. Capcom to EVO in 2020, this will be a great opportunity to see how pro players battle it out. You can also search for championships like Defend the North 2019 to learn more about the competitive format of the game.

Miley Cyrus manipulated by Cody Simpson? His friends are convinced!

Kim Kardashian: behind the scenes of the preparation for a shoot...

iPhone 9 / SE can be introduced today! The first move...

MONSTA X announces their next return to the stage

Meet the ‘father’ of Mac Mini, launched 20 years ago

The best free games on PS4, PC, Switch and Xbox One