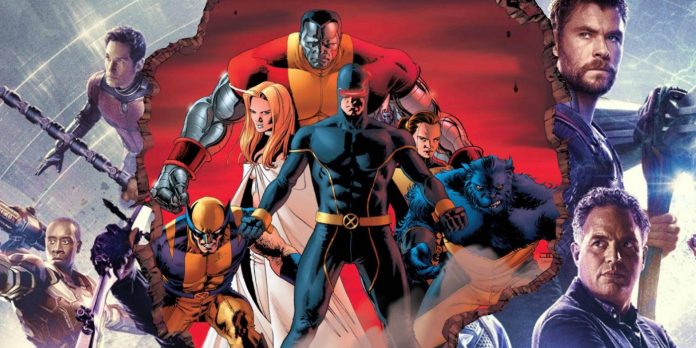 Ms. Marvel has introduced mutants into the MCU, but it remains to be seen whether the Noor Dimension is the key to unlocking them en masse. Marvel regained the film and television rights to the X-Men and their associated characters when Disney acquired the bulk of 20th Century Fox’s media empire. It didn’t take long for Marvel Studios president Kevin Feige to begin teasing that they had already figured out how to incorporate mutants into their shared cinematic universe, and the first clues to those mysterious plans were offered in the Ms. Marvel finale.

One key scene in Ms. Marvel episode 6, “No Normal,” saw Bruno (Matt Lintz) tell Kamala Khan (Iman Vellani) that he had checked her DNA to figure out whether any other members of her family would gain superpowers if they wore her bangle. He revealed there was something unique about her DNA, something none of her family shared: a “mutation” of some sort. Marvel added a riff on the classic X-Men: The Animated Series theme song in the background in case viewers somehow didn’t pick up on the comment. Ms. Marvel is the MCU’s first official mutant.

It’s a surprising twist, given Kamala is actually an Inhuman in the comics — someone whose powers originate from a very different strand of DNA, activated by exposure to a substance called Terrigen and a process called Terrigenesis. Still, Ms. Marvel’s co-creator Sana Amanat, who is heavily involved with the show, revealed Kamala was originally envisioned as a mutant in the first place but the creative team was overruled by Marvel bosses. Oddly enough, then, this particular twist means the MCU’s Ms. Marvel is now closer to the original concept than the comic book character. But the revelation that Ms. Marvel is a mutant is, obviously, only setup; it means other mutants are surely on their way in the MCU as well. And their powers may be similarly triggered by the Noor Dimension or some other type of cosmic energy.

Mutant Genes Must Have Been Part Of The MCU All Along

Bruno compared Kamala’s DNA to that of other family members and found none of them share the mutation that the comics call the “X-gene.” This means the MCU’s X-gene is not directly related to Kamala’s Djinn heritage, given her mother and brother would be expected to share it in that scenario. There may still be an indirect connection of some kind, however. Kamran developed similar powers to Kamala when he was exposed to Noor energy, and he too is presumably part-human and part-Djinn. The most likely scenario is that the Djinn ancestry simply increases the probability of mutation.

The next question, of course, is whether Kamala Khan — and Kamran — always had latent X-genes, or whether they were edited into their genomes by some sort of cosmic event. There’s long been speculation the victims of Thanos’s snap may have come back changed in some way, perhaps giving rise to mutants; but this is unlikely, given Ms. Marvel directors Bilall Fallah and Adil El Arbi told The Direct they didn’t believe Kamala and her family had been erased from existence for that five years of MCU history; they said they had “a feeling that none of them got snapped,” based on the family dynamics. This strongly suggests there was simply no discussion along these lines. The odds are therefore high that Marvel doesn’t intend Kamala Khan’s mutant origin to be connected to Thanos.

Drawing all these threads together, the most likely explanation is that there have always been people with latent X-genes in the MCU who simply required the addition of energy to activate this gene. Kamala Khan is unique only in that she is the first confirmed mutant in the MCU, not that she is the only one to possess the mutant genes. This raises the exciting possibility that The Marvels, which will continue Kamala’s story, could easily be the film that activates X-genes across the planet.

Ms. Marvel’s X-genes were activated when she was exposed to energy from the Noor Dimension, another plane of existence that sits atop the normal world. Ms. Marvel revealed this dimension is separated by a barrier of energy known as “Noor,” and Kamala’s mysterious bangle is attuned to this. Kamala’s body was flooded with Noor energy the moment she snapped the bangle on, and it’s reasonable to assume this is the moment when her latent X-gene was activated. Kamran’s powers were likewise triggered by a surge of Noor energy across the planet, and it’s entirely possible others were affected as well.

Ms. Marvel does not, however, indicate whether or not Noor energy is the only force that can activate an X-gene. If it is, then it is reasonable to assume a later MCU film or TV show will involve the Noor Dimension as well. This does feel unlikely, however, given that the revelation that Ms. Marvel is a mutant felt like an attempt to move on from the Djinn in some way. Rather, it’s more probable that other energies can activate X-genes, meaning other MCU superheroes could be retconned as secret mutants all along. Captain Marvel and Monica Rambeau could be rewritten as mutants, their X-genes activated by exposure to an Infinity Stone and Scarlet Witch’s Hex, respectively; other mutants could include the likes of Janet Van Dyne and Ghost, who were exposed to Quantum Realm energy.

The most interesting possible retcon would involve Quicksilver and Scarlet Witch. The Wakanda Files, an in-universe book of research notes supposedly connected by Shuri, revealed Hydra based themselves in Sokovia because they had detected a number of genetic anomalies among the Sokovians. This could actually be a reference to the X-gene and would explain why Quicksilver gained super-speed after being exposed to the Mind Stone, while the Scarlet Witch’s power could derive from her being both a mutant and a sorceress, which was the case in the comics for years. Marvel would undoubtedly be wiser to allow for different energies to trigger latent X-genes because Ms. Marvel would open up so many interesting stories that would continue to develop the shared universe.