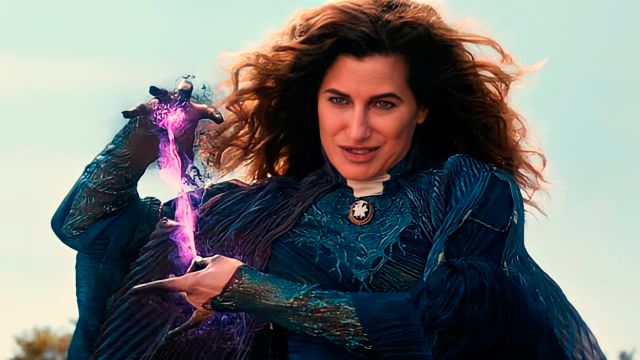 Marvel Studios: Actress Kathryn Hahn signs a new deal with Marvel Studios to appear in new projects, starting with starring in her own dark comedy. Scarlet Witch and Vision (WandaVision), the celebrated Marvel Studios debut series for Disney + already as part of Phase 4 of the MCU, will have its own spin-off series on the streaming platform. This has been exclusively confirmed by the Variety medium, information also shared by other media such as Deadline, ensuring that Kevin Feige’s company is working on a new series with a marked dark comedy tone starring Agatha Harkness, the villain of the original series that will continue his career in the UCM with new appearances.

Thus, after winning the first Emmy Awards for Marvel Studios, Scarlet Witch and Vision will continue to develop their dark universe through a series centered on the witty villain Agatha Harkness, played by actress Kathryn Hahn, who has signed a new contract to appear in more UCM projects, starting with its own spin-off, and giving rise to new appearances in both series and movies.

And although at the moment no details of the plot or in which time the series will be set have been revealed, it has been confirmed that it will be a dark comedy; In addition, Scarlet Witch and Vision showrunner Jac Schaeffer joins the project as screenwriter and executive producer. We will see if this new series has a direct connection with new events in the UCM or raises any relationship with the future of the new and dangerous Scarlet Witch emerged from the original series, a character that we will also see in Doctor Strange in the Multiverse of Madness.

After the end of the animated series What If …?, The next Marvel Studios series to reach Disney + will be Hawkeye on November 24, 2021, welcoming other series such as Ms. Marvel, She- Hulk or Moon Knight, among others.