Home Entertainment Marvel Studios Is Working On A Project With Nova From The Hand... 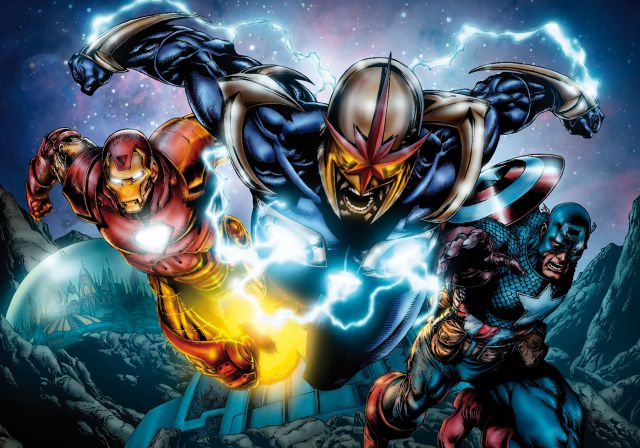 Marvel Studios: The UCM will officially welcome Nova from screenwriter Sabir Pirzada, although it has not been confirmed if it will have a film or series on Disney +. Nova’s arrival at Marvel Studios has been rumored for a long time, although it has never been made official; until now. And it is that the Deadline medium has announced that the UCM will soon welcome a long-awaited galactic character from the hand of the screenwriter Sabir Pirzada, in charge of writing the story of Moon Knight, the next Marvel Studios series that will arrive at Disney + in just one days. Of course, at the moment it has not transpired if Nova will star in a movie or a series for the aforementioned streaming platform.

Nova comes to the MCU as Richard Rider

And it is that according to some rumors, Nova could appear in two of the next galactic projects of the UCM such as Guardians of the Galaxy Vol. 3 or the Christmas special of the same franchise, both in full production with James Gunn at the helm. Now it is certain that Nova will arrive at the UCM although it is unknown how and when. What does seem to have been confirmed is that he will do it in his version of Richard Rider, the most classic and adult version, and not as Sam Alexander, a more youthful aspect of the character.

Nova is a galactic character from Marvel Comics created by Marv Wolfman and John Buscema in 1976. He is a human named Richard Rider who inherits the powers of the Nova Corps after the destruction of the planet Xandar, an event that, by the way, has already taken place. place in the MCU at the hands of Thanos when he was looking for the Power Stone. His main powers include the ability to fly, superhuman strength, and the ability to shoot energy beams from his hands. Among his most prominent appearances in Marvel comics is the galactic event Annihilation.

For now there is no release window for a product that has not been said whether it will be a feature film or a series.