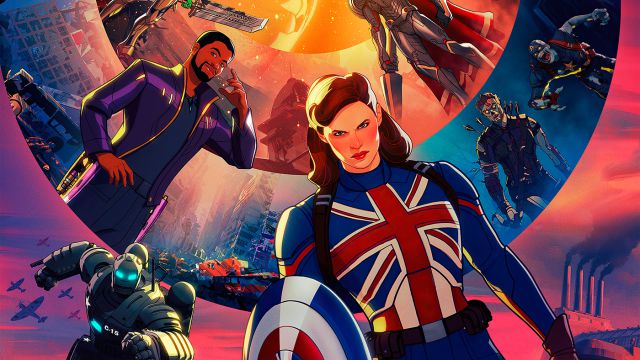 Marvel Studios: Marvel confirms that it is working on “multiple animation projects” in various stages of development for the Disney streaming service.After the premiere of the animated series What If …? On Disney + with its first episode dedicated to Captain Carter, Marvel Studios have ensured that they are already working on “multiple animation projects” that are in various stages of development. This has been confirmed by Brad Winderbaum, producer of the series and new head of streaming for Marvel Studios, in a recent interview with the medium Variety.

They will maintain the same artistic style

“We’ve found that there are a lot of great avenues you can explore with animation. Any project that we are going to create is going to be about something that needs to be animated so that the story can be told, ”says Winderbaum. And the manager explains that the animation is perfect to show the appearances of actors and actresses from ten years ago, to which we must add that some are no longer linked to the current UCM.

On the other hand, he assures that the next series of Marvel Studios will not be related to a certain premiere in cinemas to take advantage of the moment of popularity, but that they want to explore more areas than in live action they could not: “There is very little desire to take a property intellectual that is popular because we are going to put out a movie and do an animation series about it. We do not do it”.

Finally, the Winderbaum explains that at the moment there are no plans to make animated films, only series, and that they hope to maintain a “unique aesthetic” for the next animated adaptations of Marvel Studios. Still, he doesn’t rule out collaborations with Pixar or Disney for future productions. Let’s remember that for now a second season of What If …? and the already announced I am Groot, although the latter will bet on a photorealistic animation.

Genshin Impact had revenue of $ 874 million in 5 months