Home Entertainment Marvel Studios Has More Than 30 Projects In Development Between Films And... 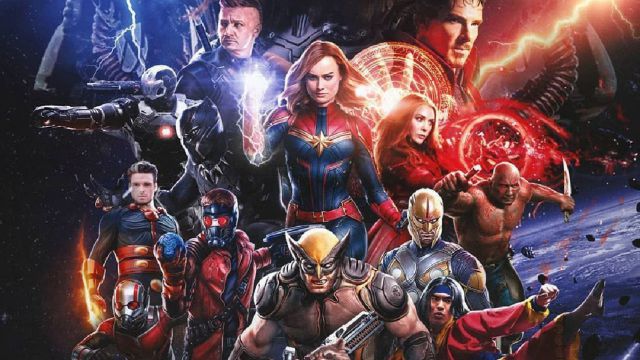 Marvel’s motion picture division is working hard to make its next inter-theatrical and Disney + adaptations come true. It is not news that Marvel Studios has been designing its next phases for a long time with the intention of bringing to the small and big screen a large number of new characters and sagas, especially with the entry of such powerful franchises as Fantastic 4, X-Men, Deadpool or Sony’s Spiderverse, something that will kick off with the imminent Spider-Man: No Way Home. But what we did not know is that the Marvel film division already has up to 31 new projects in development. This has been assured by Victoria Alonso, the company’s new production president.

This is what she has assured in a recent interview for 221radio (via CBR) in which Alonso has confirmed that she is already working on 31 projects; and it is that in the interview itself they ask if Marvel Studios is currently developing 35 projects between cinema films and television series, to which Alonso responds “we are currently working on 31 projects. Do not add 4 more, please ”, clarifies the directive between laughs.

Alonso also adds that despite the large number of adaptations under development, Marvel Studios has the main objective of adapting its different characters as they deserve: “It is a question of how we are handling multiple dishes in the air at the same time. And the most important thing is that sometimes the dishes fall and, you know, what are you going to do then? We want people to understand that the idea we have, of telling these connected stories, is important for the world to know that the characters we create, their stories have to do with how humans interact with each other ”, concludes the directive.

Upcoming releases from Marvel Studios include movies like Eternals, Spider-Man: No Way Home, Doctor Strange in the Multiverse of Madness or Thor Love and Thunder, as well as series like Hawkeye, Ms. Marvel or She-Hulk.

This is Captain Laserhawk: A Blood Dragon Remix