Home Entertainment Marvel Studios go for the Emmy 2021: WandaVision and Falcon and the... 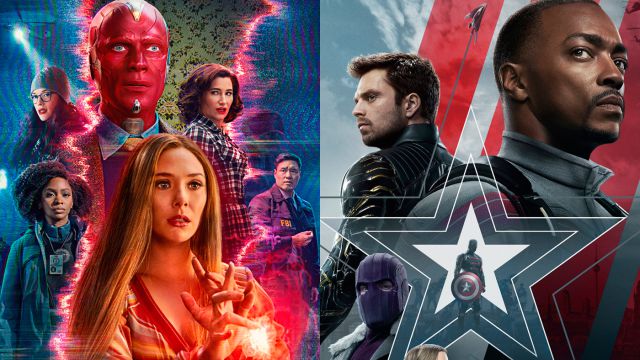 Marvel Studios: Marvel’s film division proposes its two series as Best Limited Series and Best Dramatic Series, respectively.After the success of the first two Marvel Studios series as part of the MCU on Disney +, that is, Scarlet Witch and Vision and Falcon and the Winter Soldier, Disney has decided to take its two television adaptations to the next edition of the Emmy Awards 2021 , an event that offers awards to the best series of the year in the most varied categories. This has been shared exclusively by the IndieWire medium, offering the first details of this decision after the success of Disney with The Mandalorian in the last edition.

Thus, Scarlet Witch and Vision and Falcon and the Winter Soldier will compete in the categories of Best Limited Series and Best Dramatic Series, respectively, thus preventing both series from competing with each other in the same category, in turn increasing the chances of getting a award at the next edition of the Emmy 2021 that will take place on September 19 of this year.

So much so, that Nate Moore, vice president of production and development at Marvel Studios, has assured that the idea “came when the series was launching, but it was something we thought about even while we were doing it, not because we thought: ‘Oh, OMG it’s great ‘but because it seems a little more dramatic than some of our typical projects. As this is our first foray into television, even if it is Disney +, we thought it was appropriate for what the series is trying to address ”, in relation to the category in which Scarlet Witch and Vision will compete.

And it is that despite the fact that this type of products usually compete in technical categories, the success of The Mandalorian has opened the door for other Disney productions such as those of Marvel Studios to compete on a dramatic or interpretive level. We’ll see if Disney decides to also bring Loki, the next MCU live-action series that will premiere before the 2021 Emmys.