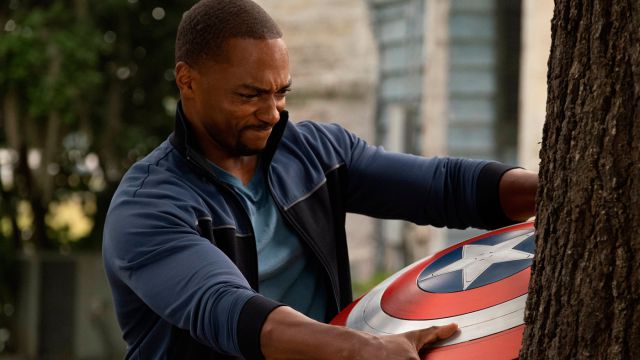 The new Marvel Studios series for Disney + shares new images and promotional spots ahead of its premiere on the streaming platform in March.

Falcon and the Winter Soldier, the new Marvel Studios series as part of the UCM for Disney +, shares new images and promotional spots for its next premiere, scheduled for next March 19 at the Disney streaming platform. This has been shared by those responsible, showing unpublished images with their protagonists in action (including Sharon Carter) and some other scenes never seen before.

And it is that how could it be otherwise, the promotional campaign for Falcon and the Winter Soldier is already starting to warm up its engines for its next premiere on the Disney streaming platform, sharing new images starring both Falcon and the Winter Soldier through various action scenes; We can even see in one of them how Sharon Carter accompanies both superheroes, as well as others in which Captain America’s shield seems to be the property of Falcon.

As a novelty, in one of the new images from the filming of the series you can see the actor Anthony Mackie (Falcon / Sam Wilson) along with the director Kari Skogland and the actress Adepero Oduye, whose role has already been confirmed as Sarah Wilson, the Sam Wilson’s sister, something that was rumored long ago and that has finally come true.

“After the events of Avengers Endgame, Sam Wilson (Falcon) and Bucky Barnes (Winter Soldier) come together in a global adventure that tests their skills and patience in Marvel Studios’ The Falcon and The Winter Soldier”, we can read in its official description. Falcon and the Winter Soldier premieres on March 19, 2021, on Disney +, shortly after the end of the current MCU series with Scarlet Witch and Vision.

Abigail Cowen ignites the afterparty for the Netflix series!