Home Tech Marvel Studios does not rule out Netflix superheroes 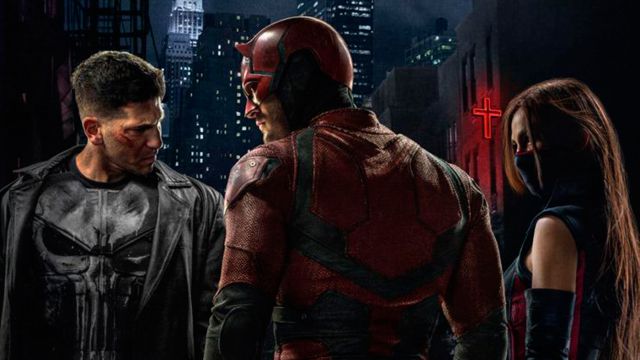 Kevin Feige, president of Marvel Studios, does not rule out the characters of Netflix’s Marvel series such as Daredevil, Punisher and Jessica Jones for the MCU.

The main protagonists of Netflix’s Marvel superhero series are by no means ruled out for their arrival in the Marvel Cinematic Universe. This has been assured by Kevin Feige, president of Marvel Studios, in a recent interview that The Hollywood Reporter collects about the imminent premiere of the Scarlet Witch and Vision series on Disney +, commenting that the Marvel characters from Netflix are “on the table” .

Thus, and after some first statements regarding a possible return of Charlie Cox as Daredevil in the UCM after starring in the celebrated series Hell’s Kitchen vigilante on Netflix and in which he commented that “everything is available as inspiration for the future of Marvel Now Kevin Feige himself has been more open about the possible return of the Netflix series as part of the UCM, all after recovering his rights.

“Everything is on the table. That’s one of the fun things about the comics, some characters would appear and disappear, and then they would come back and go. All of that is inspiration for the future. There are very good characters and actors in those series, ”Feige assured when asked about the possibility that Netflix characters such as Daredevil, Punisher, Jessica Jones, Luke Cage or Iron Fist become part of the UCM.

Recall that a few months ago the rumor that Charlie Cox could appear in Spider-Man 3 recovering his role as Matt Murdock / Daredevil, while another rumor recently emerged that placed the Jessica Jones of Krysten Ritter in the series She-Hulk . We will see if such popular characters from Marvel television finally end up arriving at the UCM for the luck of their fans.

Itaú Opens Registration For A Free It Course Exclusively For Black...