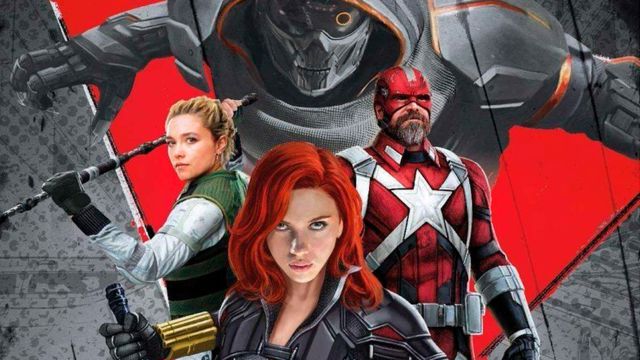 Marvel Studios: The film that will kick off Phase 4 in theaters (along with its simultaneous premium release on Disney +) confirms its full length. Black Widow (Black Widow), the production that will begin Phase 4 at the film level after the premiere on Disney + of Scarlet Witch and Vision and Falcon and the Winter Soldier in the form of series, has confirmed its total duration. So much so, that the next MCU movie starring Scarlett Johansson will last 134 minutes, or what is the same, 2 hours and 14 minutes. This is reflected in the latest Disney India update (via We Got This Covered), suggesting that this minute added to the last official information of its duration (133 minutes) could hide a new post-credit scene.

With this new information, Black Widow ties in length with Black Panther and is the eighth longest film in the Marvel Cinematic Universe after the four installments of Avengers, Captain America Civil War, Guardians of the Galaxy Vol. 2 and Captain America: The Soldier of Winter. Let us remember that with the premiere of Black Widow, this two-year break stage of premieres from Spider-Man: Far from home, released in June 2019, will be closed due to the global coronavirus crisis.

On the other hand, the costume designer of Black Widow, Jany Temime, has confirmed that her costume received not a few accolades from Scarlett Johansson herself, ensuring that it is the most comfortable costume she has worn in all her appearances in the MCU: “Beautiful Scarlett in my best outfit. The sexy and powerful Black Widow. I love it and I am very proud of my outfit. Scarlett told me that it was the most comfortable that she had ever worn and that she adored it, ”the costume designer recently wrote on her official Instagram account along with a promotional image of Black Widow and I brought her on.

Black Widow will be released on July 9 simultaneously in cinemas and on Disney + as a premium premiere on the streaming platform upon payment of 21.99 euros.