Home Entertainment Marvel Studios Affirms That Scarlet Witch Is The Most Powerful In The... 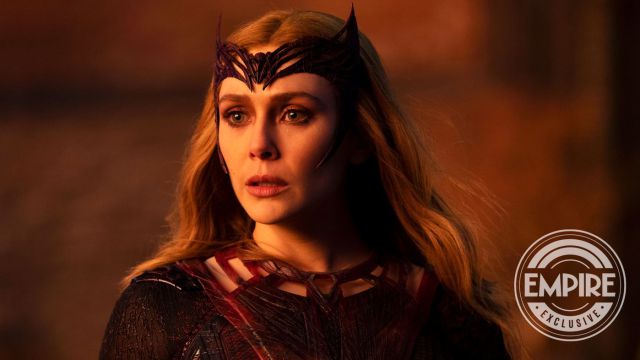 Marvel Studios: The new issue of Empire magazine shares new information about the upcoming MCU movie and teases a big showdown. Doctor Strange in the Multiverse of Madness will mark a before and after in the UCM, there is no doubt about that. And it is that the events that we will see in it will mark the future of Marvel movies, opening the doors to the unimaginable, according to those responsible. Now, thanks to the latest issue of Empire magazine, we know that Scarlet Witch is the most powerful character in the MCU. So says Richie Palmer, producer of the film, also advancing a great confrontation; Will Doctor Strange and Wanda Maximoff face each other, now as Scarlet Witch?

“I don’t know who can be more powerful than Scarlet Witch in the Marvel Cinematic Universe. Meeting Wanda Maximoff right after Avengers: Endgame would have been too much for Doctor Strange. Who can emerge victorious against the most powerful being in the entire universe? Maybe we’ll find out at the end of the movie,” Palmer tells Empire.

In addition, the producer comments that both characters, Wanda and Strange, will share a sentimental situation similar to the beginning of the film, each for his own reasons; While Wanda is still haunted by losing Vision and her children after the events of WandaVision, Strange sees her beloved rebuild her life with someone else.

We will see how the events of Doctor Strange take place in the Multiverse of Madness, since we will attend the parade of a good handful of characters, some confirmed, others as a great surprise. Meanwhile, we leave you with the new promotional images of the film and its official synopsis:

“In Marvel Studios‘ Doctor Strange in the Multiverse of Madness, the Marvel Cinematic Universe unlocks the multiverse and pushes its boundaries further than ever before. Journey into the unknown with Doctor Strange, who, with the help of mystical allies both old and new, traverses the mind-bending and dangerous alternate realities of the multiverse to face a mysterious new adversary.”