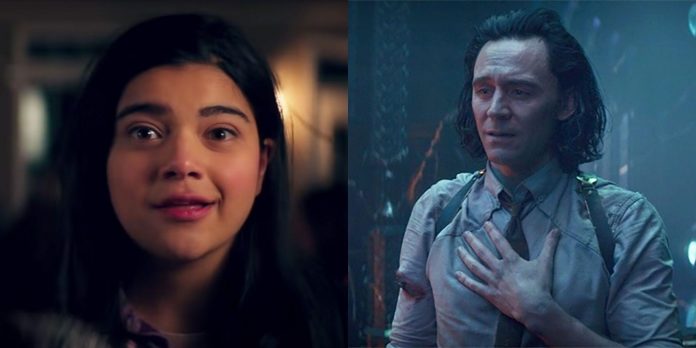 “Miss Marvel” star Iman Vellani recently told a funny story about how she first met “Loki” star Tom Hiddleston. A young actress portrays the latest Marvel superhero in the brand new series “Phase 4”. Vellani made her MCU debut with the recent premiere of “Miss Marvel” on Disney Plus in June 2022. She plays Kamala Khan, a Muslim American who grew up a fan of superheroes, comics and fan fiction galore.

In “Miss Marvel,” Kamala struggles to feel like she belongs to any culture within her polarizing identity. So she searches for a sense of belonging, pretending to be part of the MCU herself, until suddenly she discovers that her wildest dreams are coming to life before her eyes. When Kamala discovers that she has her own abilities and learns the true nature of her purpose here on Earth, she finally begins to feel noticed and for the first time in her life part of the community. Throughout the series, Kamala escapes and takes refuge in creating a cosplay inspired by her favorite character, Captain Marvel Brie Larson, for the Avengers fan convention.

Viewers also see Kamala filming videos in which she recounts and recounts the key moments the Avengers went through. One of the reasons why Vellani is perfect for the role of Miss Marvel is that she is also a big fan of the MCU, and this sense of passion and enthusiasm is evident on screen. Vellani is going through almost the same transformation as her character, suddenly finding herself a team player rather than a supportive viewer. Now she’s shared one of the most recent encounters that left her as stellar as Kamala, face-to-face with one of the MCU’s most infamous antiheroes, Loki Hiddleston. In a recent interview with JOE, Vellani spoke in detail about her first meeting with Hiddleston during the filming of “Miss Marvel” in Atlanta.

It turns out that Ms. Marvel was filming near the filming locations of the films “Loki” and “Spider-Man: No Home,” which turned out to be ideal for Vellani. “In the first week of my stay in Atlanta, we shot “Miss Marvel” right next door to “Loki” and “Spider-Man: No Way Home.” I stayed there for two weeks, then I went to the head of Marvel security and said, “Hey, Barry, I’ve been here for two weeks, I haven’t met a single Tom yet!”, recalls Vellani. He comes back 15 minutes later and says, “Tom Hiddleston wants to meet you.” That day I came to work in my pajamas! It was terrible, but he was actually the nicest guy, and he ended up living in our apartment! We were training with Tom Hiddleston, we ran into him in the gym, and suddenly we’re all doing reps together.”

Vellani’s meeting with Hiddleston shows how humble and modest he is, especially among newcomers. Hiddleston is one of the oldest stars working in the MCU since his epic debut in “Thor”. He then won the hearts of millions of viewers across the country with his groundbreaking portrayal of Loki. Both Vellani and Hiddleston have this refreshing energy, and they both represent a much-needed representation of LGBTQ+ and South Asian communities that has been virtually absent from the MCU up to this point.

The idea of a Stallone Prequel about Rambo Will Lose What...