Home Entertainment Marvel Spider-Man: How to Get Basic Tokens 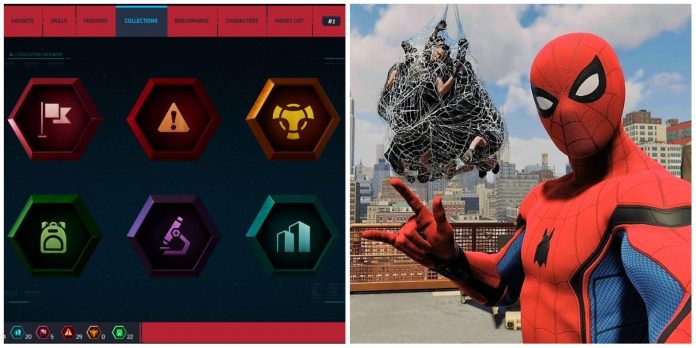 Marvel’s Spider-Man tells the story of Peter Parker trying to keep New York from plunging into chaos. Martin Lee has shown himself to be the leader of the Inner Demons, a loyal group of men and women who all share Martin’s villainous ideals.

Martin takes the name “Mr. Negative” and uses his newfound followers to start taking over the city, but Peter refuses to let them achieve their goals. They have set up bases all over New York, so Spider-Man must infiltrate these shelters and destroy the new destructive forces that are chasing Marvel Spider-Man.

Inner demons have accumulated many safe havens during their stay in New York, but these elusive enemies are not the only obstacles in Spider-Man’s path. Although Wilson Fisk has been imprisoned, his thugs still roam the city and occupy several hidden objects scattered around the map. Infiltrating the bases of Fisk and Negativity will reward the player with basic tokens, but performing additional tests in their lairs will increase the reward.

The further Peter moves along the plot, the more often he will meet with the servants of his enemy. Many of these villains will wreak havoc throughout the city, so Peter takes on the task of finding and infiltrating their base to destroy his enemies at their source.

Fisk’s shelters open after passing the prologue of the game. Although they may be difficult to complete, they are much less difficult than the demon warehouses unlocked later. In the second half of the game, two new forms of enemy bases will be added to the plot.

Escaped prisoners will be found in prison camps, and Sable members will be spotted at Sable outposts. Infiltrating one of Fisk’s warehouses is by far the easiest way to get base tokens due to the weak enemies stationed inside, but to get all the base tokens in the game, the player will need to complete every available enemy base.

The first available enemy base that Peter finds will be Fisk’s Hideout. It acts as a textbook and thus poses very little threat, but not all bases are that simple. At the entrance to one of the many bases scattered throughout the city, Peter will be offered two options. He can approach the upcoming battle covertly and defeat his enemies more subtly, or he can declare himself and take part in an all-out fight.

At the first stage of the battle, it is recommended to act covertly, but to get all the base tokens that the base can offer, a physical confrontation will be required. However, some bases require a certain number of stealthy kills to get an additional base token. It is extremely important to approach these enemy bases unnoticed, since in case of detection it will be impossible to get a full reward.

Disabling each enemy on the base will reward the player with a base token, but when performing certain tasks, you can get three.

Completing an enemy base can be done quickly with the right approach, but it will take extra effort to get all of its rewards. While the player is at the base, he learns about the necessary feats that need to be performed. Some will require several stealthy kills, while others will set the player the task of defeating enemies using a certain gadget or movement.

Although enemy bases can be beaten relatively easily, bonus targets can make the process much more tedious, especially if they were not completed during the first visit. However, successful completion of all these optional tasks will reward the player with three base tokens per base, which will make the process of collecting them less time-consuming.

What are the basic tokens used for?

Basic tokens can be used for a variety of purposes in Marvel’s Spider-Man. Peter will unlock many new spider costumes as he progresses through the story and performs side effects, but some of them require the player to spend their base tokens to get them. There are 15 suits that can only be unlocked with basic tokens.

Base tokens are also needed to unlock various combat upgrades. These modifications can significantly improve Peter’s overall abilities, as well as reduce the damage he receives from certain attacks.

Disney+: all new movies and TV series will be released in...