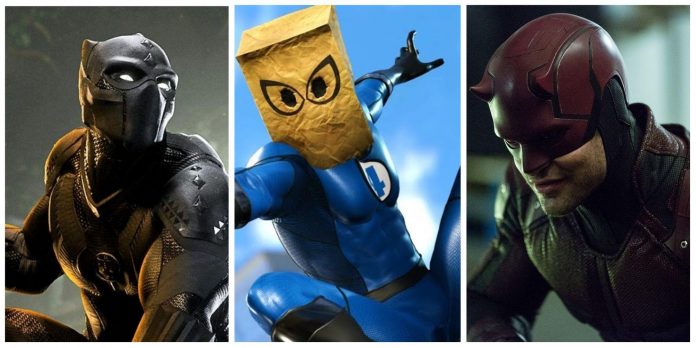 Marvel Comics has a rich history of both characters and locations. Insomniac Games has paid great attention to comic book details for its game, and Marvel’s Spider-Man presents a large number of Easter eggs for the most persistent comic book fans that they should notice and appreciate. Marvel is no stranger to Easter eggs. Their films have matured with them, and now their games.

There are a lot of Easter eggs worth paying attention to, and a large number of Marvel Easter eggs about Spider-Man shed light on the iconic Marvel characters. Some of them are more obvious to the casual comic book fan, but some are quite obscure and are a fun discovery for an exclusive PlayStation and PC game.

New York is bustling with life, and many places are home to iconic Marvel comics characters. One of these characters is mentioned in the Alias Investigations building. The building can be found in Hell’s Kitchen, and it is a direct reference to Jessica Jones, a private investigator with superhuman abilities. Alias Investigations is the business name of Jessica Jones, under which she investigates people and their cases.

Jessica Jones is one of many Marvel characters in New York. Its building is a confirmation that it exists in the Marvel’s Spider-Man game universe. The character has also recently become popular thanks to the Marvel and Netflix series Jessica Jones. She had several friendly encounters with Spider-Man in the comics.

8. The Wolf man in space

As the son of J. John Jameson, John Jameson is an astronaut currently residing on the space station during the events of Marvel’s Spider—Man. John likes to listen to his father’s podcasts from outer space, but, fortunately for Spider-Man, does not share his father’s slanderous views on the formidable web. John Jameson can be found on the social media tab in the pause menu under the pseudonym “JJinSpace”.

In the comics, Jameson fought Spider-Man several times when he was Wolf-Man. This happened after Jameson was sent to the moon and found a red gemstone that he wore as a pendant. Every full moon, Jameson became a wolf-like creature with no control over his actions.

Iron Fist is a character who had his own Marvel and Netflix show, Iron Fist, and the comic book character is friends with Spider—Man. The two have interacted many times, and perhaps the character will be seen in Marvel’s Spider-Man 2.

New York seems to be home to many embassies. One of them is a fictional country located in Africa. The Kingdom of Wakanda is a small but powerful state in Northeast Africa. For centuries, it has existed in isolation, and with access to the world, it is considered the most technologically advanced nation on the planet, as well as the richest in metal sources.

Players can find the Wakanda Embassy in Midtown. It exists as part of the diplomatic mission of Wakanda. When Black Panther visits America, he often resides at the embassy. As many people know, Black Panther is a Marvel cult hero, and after the tragic death of Chadwick Bozeman, a film about his legacy will be made in the Marvel Studios film “Black Panther: Wakanda Forever”.

5 The Dog of Inhumans, Lockjaw

In the financial district of Manhattan, players will find a replacement for the real sculpture “Attacking Bull”. In Marvel’s Spider-Man, the iconic statue is replaced by Lockjaw, Blackbolt’s dog and the inhumans. This giant dog is huge, and it has antennae growing out of its head.

As a loyal pet of the Inhumane Royal Family, Lockjo is used to transport inhumans through time and space. Lockjo has notable moments in Marvel comics, but his connection to the Inhumans and Illuminati member Blackbolt is more noticeable.

When Peter Parker left the Daily Bugle, he received a farewell card with good luck wishes from members of his Bugle team. One of those people who signed his card was Eddie Brock, who signed “Great to work with you!” Brock and Parker seem to be on good terms.

The best games for Nintendo Switch, released in July 2022