Home Entertainment Marvel is Wrong, There Can’t Be Another Illuminati MCU 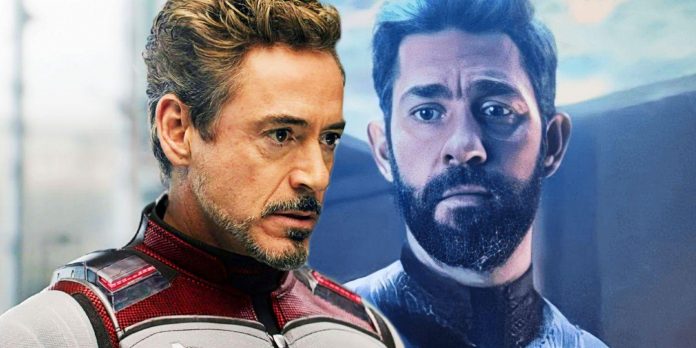 Despite Marvel teasing that the Illuminati could return to the MCU in one form or another, their first appearance in Doctor Strange and the Multiverse of Madness actually makes introducing a new version of the team a very bad idea. In the sequel to Doctor Strange’s Phase 4, Benedict Cumberbatch’s sorcerer jumps across the Multiverse to protect America Chavez from the Scarlet Witch. At the same time, he went to Earth-838, where he first met with the MCU Illuminati team, consisting of a group of heroes from this universe who united to protect their world (and others) from powerful threats.
One of the most shocking moments of “Doctor Strange in the multiverse of madness” occurred shortly after the appearance of the Illuminati, when they were brutally murdered by the Scarlet Witch. A team consisting of Carl Mordo (Chiwetel Ejiofor), Professor X (Patrick Stewart), Captain Carter (Hayley Atwell), Captain Marvel (Lashana Lynch), Black Thunder (Anson Mount) and Reed Richards (John Krasinski) are the most powerful heroes Earth-838 had to offer, and their unexpected demise proved to be a turning point for the film.It is important to note that all team members were variants from Earth-838, which means that their colleagues in the main MCU timeline (Earth-616) are presumably still alive.
Related: Cruise’s Iron Man in the MCU’s “Bad Illuminati” Would Secretly Honor RDJ
After Doctor Strange 2, the Illuminati’s future in the MCU was almost confirmed, with co-producer Richie Palmer hinting at their potential inclusion in the main timeline. However, the way they were introduced —and then executed — in Doctor Strange in the Multiverse of Madness actually ruins their chances of a satisfying future in the MCU. Not only will they be forever tainted by the deaths of their fellow Earth-838s, but key members of the Illuminati, including Strange himself, will almost certainly not be involved.
The multiverse killed the Illuminati in not one, but several ways
After the role the team played in Doctor Strange in the Multiverse of Madness, it’s simply implausible that Strange himself would ever voluntarily become part of the Illuminati in the MCU. Since he is not only often portrayed in comics as a key member of the group, but is also one of the most influential heroes of the MCU, this makes the return of the Illuminati to the MCU much less likely. Moreover, other key characters are also unavailable to the MCU Illuminati, such as Iron Man (Robert Downey Jr.), who is dead in the main timeline.
In addition to the narrative obstacles to including the most prominent members of the Illuminati in the future of the MCU, “Doctor Strange: The Multiverse of Madness” has already undermined its potential. Introducing such a powerful group only to kill them within one scene was a bold move, and it will cast a shadow over any future that a team with the same name may have in the MCU. By association, any Illuminati now installed in the MCU will seem much weaker as a result of Doctor Strange 2 killing Illuminati so quickly.
The combination of these concerns makes the Illuminati MCU a bad idea. Although there are currently no confirmed plans for their future, Phase 4 will introduce other prominent members of the Illuminati, Namor the Submariner and Mr. Fantastic, so it’s possible that the team will reappear in the MCU sooner or later. Despite the Illuminati being one of Marvel’s most interesting and powerful teams, “Doctor Strange in the multiverse of Madness” may have ruined his chances for a future in the MCU.

Pokémon GO in July: All Events, Legendary, Research And Mews

Dying Light 2: Stay Human Reveals Its Weight and Presence of...